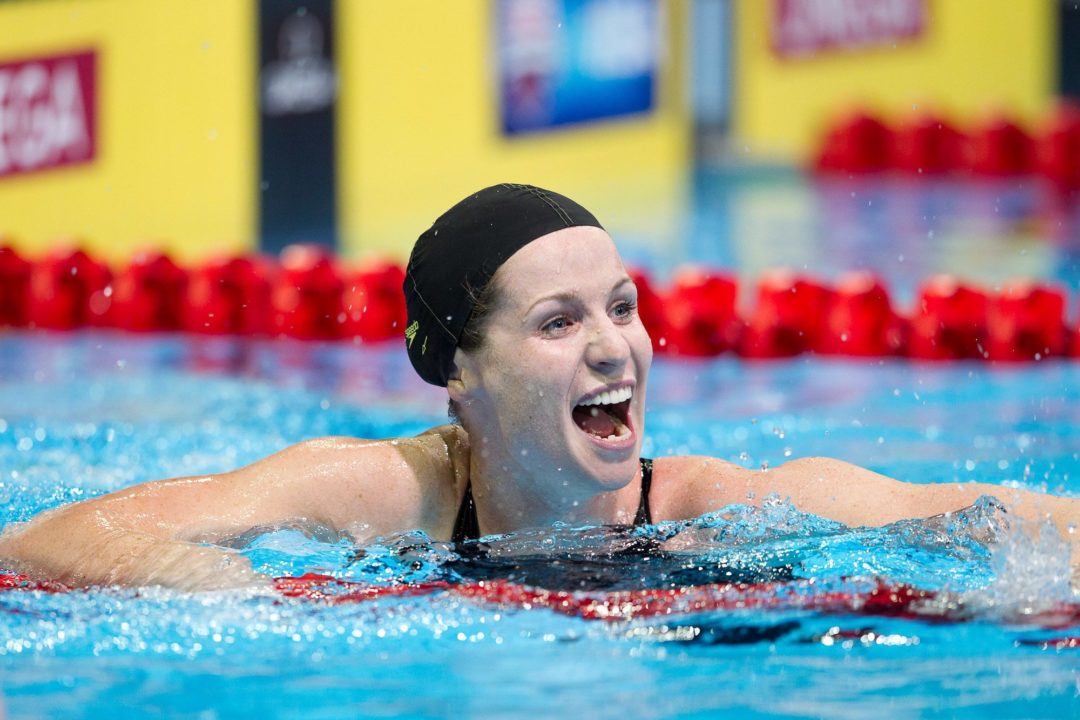 The Georgia Aquatic Hall of Fame was incorporated in May 2010, and the Hall’s primary purpose is to recognize and honor past contributions and achievements.

All nominees must be connected to the state of Georgia by representing it through their athletic performance, coaching achievements, and/0r lifetime significant contribution to their sport. The nominees must have been active in the sport for at least 25 years or have been retired for at least three years, and must exhibit the type of ethics, moral conduct, and integrity expected for an athlete to represent the hall of fame.

Kara Lynn Joyce swam for the University of Georgia, where she was an NCAA champion each of her four years. Joyce won the 50 and 100 freestyle every year from her freshman to senior year, and broke the American record in the 50 free her junior year. At the 2004 Athens Olympics, Joyce earned a silver medal in both the 400 medley relay and 400 freestyle relay. At the Beijing Olympic Games, Joyce once again failed to medal in an individual event and earned silver in the 400 medley and 400 freestyle relay. The London Olympic Games in 2012 were Joyce’s last Olympic appearance, and there she focused only on the 50 free, earning 16th place. Joyce now gives back to the swimming community with clinics and private lessons.

Kyle Miller, a Jessup, Georgia Native, attended high school at the Bolles School and matriculated to the University of Florida to swim. Miller was the captain of the Florida swim team and helped lead the Gator swim program to national prominence. He was a part of the US National Team and qualified for Trials in 1980 and 1984, making the finals at the meet, but did not make the team. Miller was also a gold medalist at the World University Games.

Hans Dersch is from Atlanta, Georgia and swam for SwimAtlanta. He swam at the University of Texas and was a two-time gold medalist at the 1991 Pan American Games. Dersch also represented the United States at the 1992 Olympic Games in Barcelona. There he swam the breaststroke leg of the 4×100 relay and he and his team earned a gold medal.