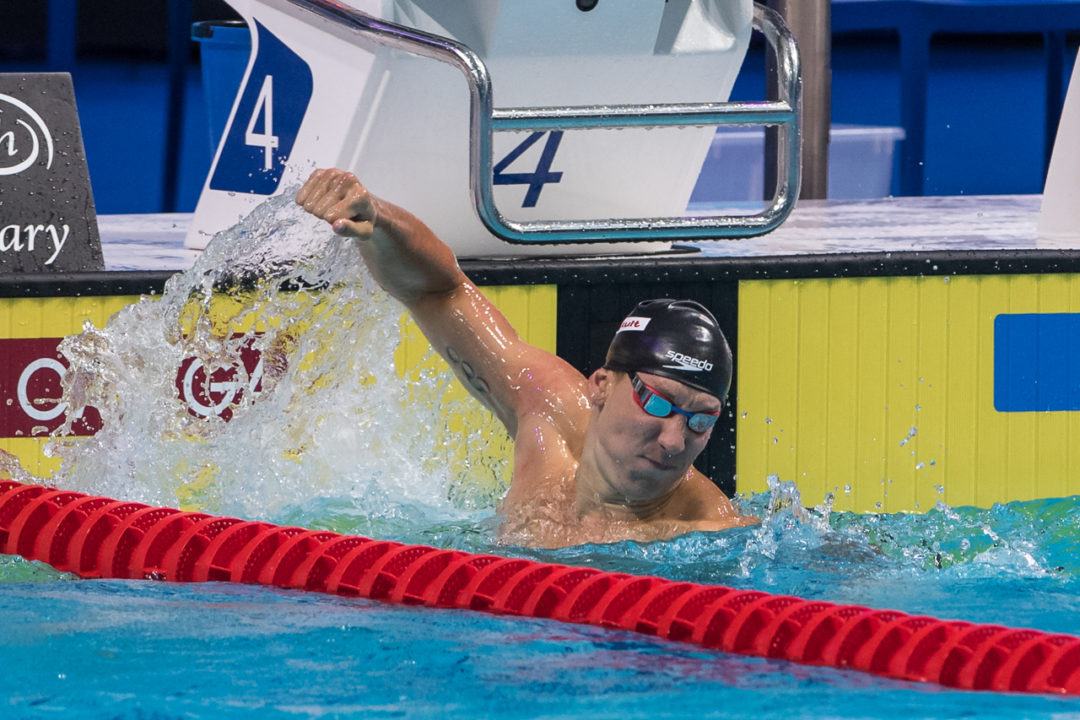 Kalisz is now the 3rd fastest performer ever behind only Ryan Lochte and World Record holder Michael Phelps. Current photo via Peter Sukenik/www.petersukenik.com

Chase Kalisz became the first American man to win the 400 IM at a FINA World Championships since 2011 when he touched in 4:05.90 to win it on Sunday night in Budapest. He held a tight lead over Great Britain’s Max Litchfield at the halfway point, but really took off on the breaststroke leg and never looked back. His time makes him the first person to break the 4:06-barrier since Ryan Lochte did it with his 4:05.18 at the 2012 London Olympics.

Kalisz is now the 3rd fastest performer ever behind only Lochte and World Record holder Michael Phelps (4:03.84). Kalisz’s performance was also the 4th fastest performance in history. He moves just ahead of Kosuke Hagino‘s 4:06.05 from the Rio final last summer on both lists. Olympic champ Hagino finished 6th tonight in 4:12.65.

Conveyor belt style= American swimming!! What shoes to fill or step to!!. Pressure??! What pressure? ! Brilliant IM showith by Chase. That’s what the rest have to try do! Seto, an official key Hagino, Hungary’s David V & Co will be gearing up. Work’s going to be cut out though!! By Toykyo, another Michael Phelps mark may be under threat…or gone!!

His breaststroke split is insane