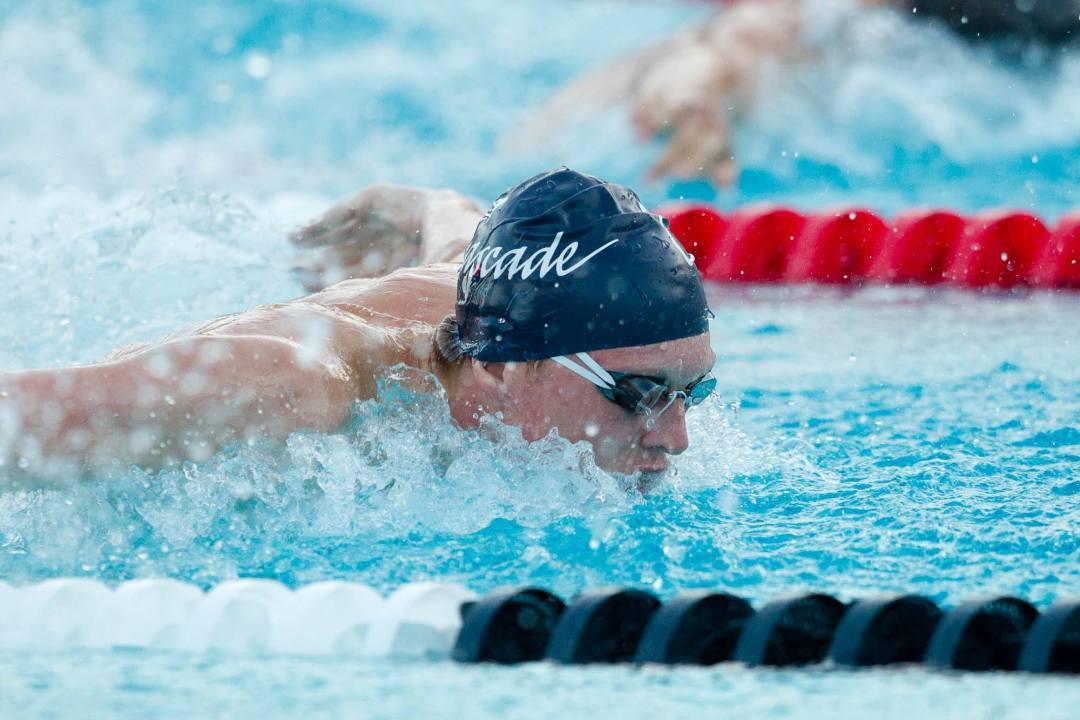 Abrahm Devine of the Cascade Swim Club in Seattle has verbally committed to Stanford.

Versatile middle-distance swimmer Abrahm Devine of the Cascade Swim Club near Seattle, Washington has verbally committed to the Stanford Cardinal, making the 5th (public) swimmer in their class so far for Ted Knapp and staff.

Devine doesn’t have a clearly-defined stroke specialty, but is good in three of the four races in middle-to-long distance, which makes him a great fit in Stanford’s long legacy of recruiting top IM’ers.

In yards, his bests:

Devine is the defending Washington State Champion in the 200 IM, and as a junior last season for Lakeside High broke the State Record (with the 1:47.60 referenced above).

That was a redemptive and hurdle-clearing victory for Devine. As a freshman, he was disqualified in prelims of the 200 IM at the state meet; as a sophomore he fell victim to a second-straight title from Kennedy Catholic’s Tommy Thach (who is in the same grade as Devine).

As a junior, however, Devine was able to leap his competitor and take the win by two-and-a-half seconds.

What’s really impressive about Devine’s win is that despite breaststroke being his weakest stroke, the 31.67 he split in his race to win the state title last season was the fastest split in either the A-Final or B-Final,

He showed further improvements this summer as the runner-up in the 200 meter IM at Junior Nationals, where he swam 2:02.74. While he lost the lead to an elite breaststroker Curtis Ogren at that meet, he held-his-own against a talented field there on the breaststroke leg. He’s still not the best breaststroker among IM’ers, but he’s shown the guts to be ‘good enough’ on the third leg of his IM.

He also placed 2nd in the 400 IM at Junior Nationals.

This again continues a trend for the Stanford men this fall of getting verbals only from swimmers who have had success at the highest-levels and who are elite swimmers. That includes Brad Zdroik, Matt Anderson, Ryan Dudzinski, and Jack Walsh.

Another great addition to Stanford Men’s Team. Congratulations on selecting a great team and a great institution.