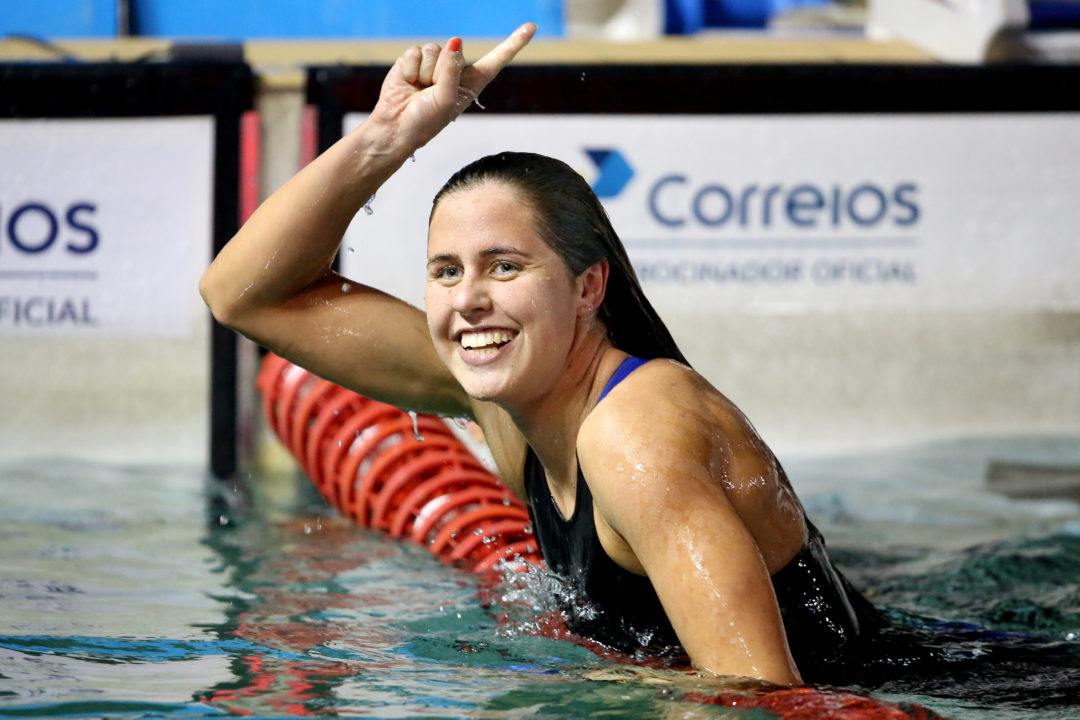 20 year old Viviane Jungblut was the star of the fifth evening of the Jose Finkel Trophy taking the women's 400 freestyle in a South American record time of 4:03.68... Current photo via Satiro Sodre/SS Press

20 year old Viviane Jungblut was the star of the fifth evening of the Jose Finkel Trophy taking the women’s 400 freestyle in a South American record time of 4:03.68. She beat the previous mark of 4:04.34, which was set by Kristel Kobrich in 2009.

This was the third win of the meet for Jungblut who took both the 800 and 1500 freestyle earlier in the competition, which puts her in the top spot of the women’s points race with 185.

Leonardo de Deus destroyed Brazilian record in the men’s 400 freestyle posting a winning time of 3:41.75 breaking the old record of 3:43.31 set by Armando Negreiros in 2005.

The most exciting event of the evening was the men’s 200 IM where the race was decided by one one-hundredth of a second. Thiago Simon swam an incredible breaststroke leg catching and passing Henrique Rodrigues who was able to retake that lead in the final meter of the race. Rodrigues won the event in a time of 1:53.84 followed by Simon who hit the wall in a time of 1:53.85.

Nicholas Santos won the men’s 50 butterfly in a time of 22.51, which places him on the team that will be competing at the World Short Course Championships in December. Daynara de Paula won the women’s event in a time of 25.91.

Pinheiros still sits atop of the team point standings going into the final day of competition.