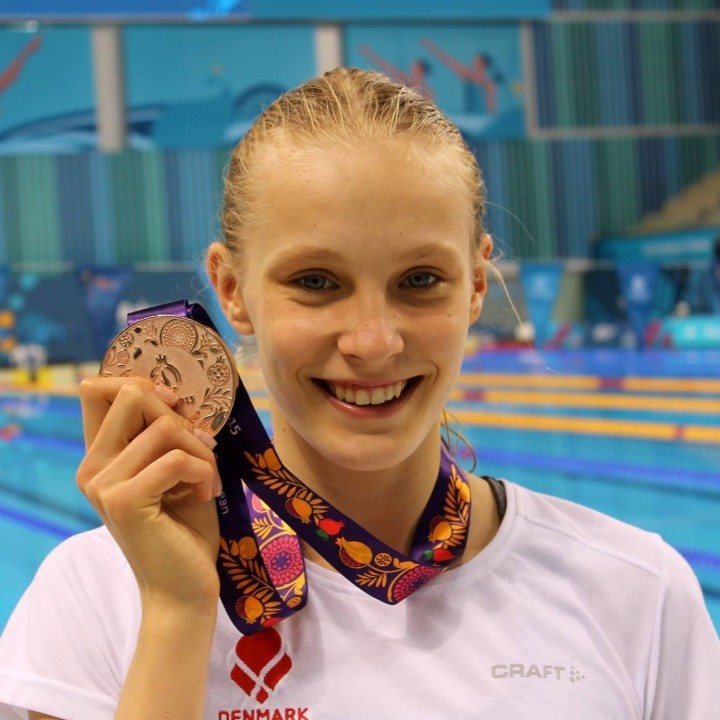 The first record came in the 50 butterfly, where Jensen broke her own record of 27.19 with a 27.03. Kepp had set the previous record at the European Games in Baku. Jensen set her second record in the 50 freestyle, where she swam 25.25 to lower her 25.41. That time was also from Baku.

Both records were set at the East Kilbride Swimming Pool in Ballerup. The pool is known to produce some of the fastest 50 meter swims in the country for swimmers in the middle lanes.

Jensen is the top female junior swimmer in all of Denmark and the best hope for the “next generation” of Danish swimming. She collected two medals at last summer’s European Games and will still be eligible for Junior competition through summer 2017. She also continues a trend of the top Danish swimming talents staying in club environments. Both Jensen and Mie Nielsen, who is four years older, have remained in their hometown clubs to this point.