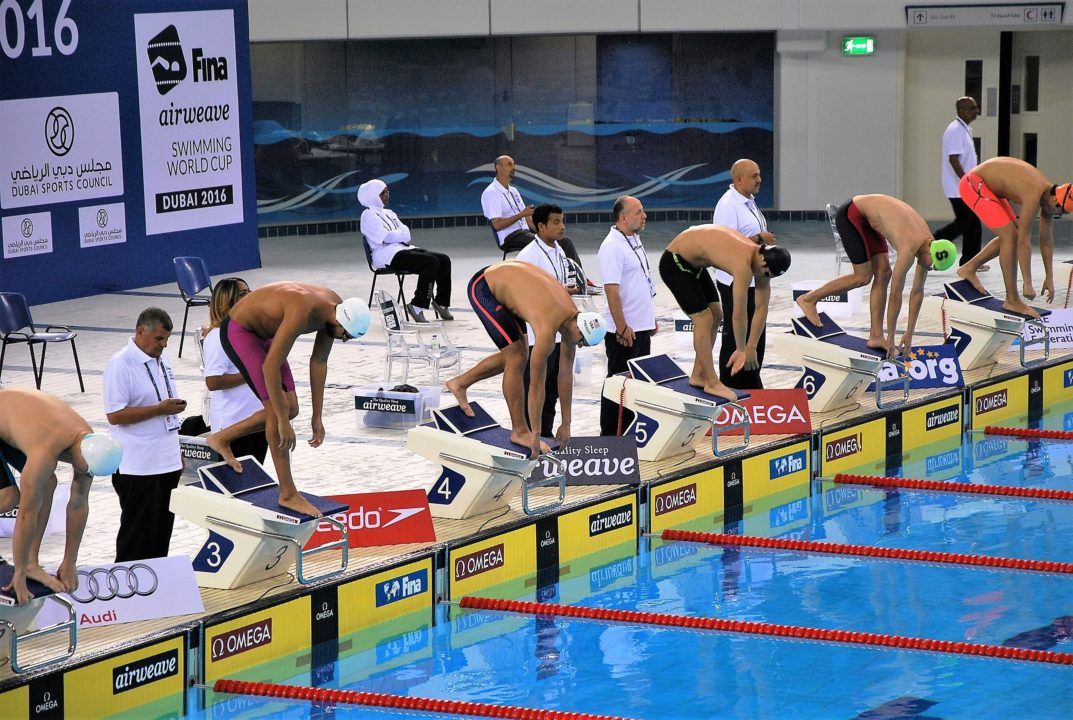 The second stop of the second 2016 FINA World Cup cluster tour is upon us, kicking off today in Dubai, United Arab Emirates.

Katinka Hosszu and Vlad Morozov lead the points and money lists overall and also in the second cluster.

Athletes in the top 6 – in line for the cluster bonuses – are listed in bold.Women:

Pieter Timmers (Belgium) clocked a 48,32 100m freeystyle and is the #1 seed for finals. Vladimir Morozov will be in the second seed tonight in 48,49, he set the fastest SC time in 2016 with a 45,57 at the World Cup in Chartres which took place immediately after the 2016 Rio Olympic Games.

The top seed in the women’s 100m breaststroke is Rie Kaneto (JPN) who hit the wall in a time of 1:05,95. The next-fastest swim in the morning heats came from USA’s Katie Meili in 1:06,09. Breeja Larson came in with the 3rd fastest time in 1:06,16. Hosszu scratched the 100m breaststroke – the Iron Lady has entered all women’s events, but with only 2 heats in the 100m breaststroke, she preferred to swim the 100m butterfly.

Top-seeded in the women’s 100m fly is Denmark’s Jeanette Ottesen, she finished in 58,40, second fastest into the final is Katinka Hosszu in 58,54.

Jeanette Ottesen (DEN)  finished with the top time this morning in the 50m freestyle in 24,91. Natalia Lovtvoca (RUS) took the second spot for the final in 224,91. Katie Meili came in with the third fastest time in 25,25, Breeja Larson made it into the final in 26,23 .