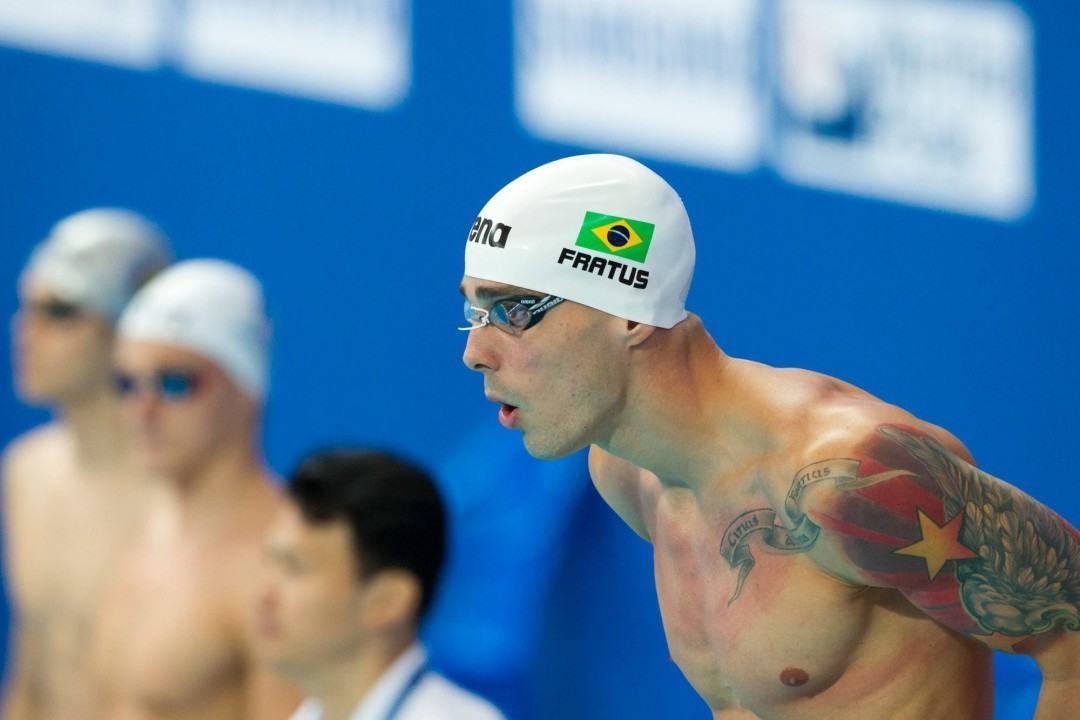 The 2016 Jose Finkel Trophy, Brazil’s 2016 Short Course Worlds qualifier, starts up tomorrow, and the heat sheets are live (linked above). The meet will run from Monday, September 12th through Saturday, September 17th in Santos, about 50 miles from Brazil’s most populous city, São Paulo.

The 2016 FINA World Short Course Championships will be held in December 6th-11th in Windsor, Canada.

The Brazilians have historically taken the Short Course World Championships very seriously. They’re coming off a 2014 SC Worlds in Doha, Qatar where they led the medal table with 7 golds.

The meet will also feature a handful of Argentinian swimmers, including Andrea Berrino. Absent from the heat sheets is the most successful Brazilian swimmer in history: Cesar Cielo.

The CBDA, Brazil’s national swimming federation, has set Worlds qualification times based on the fifth place time in Doha. However, if 16 athletes each for the men and women don’t hit the mark, then the CBDA will select swimmers to fill out the slots.

Below are the Brazilian 2016 SC Worlds Qualification Standards: