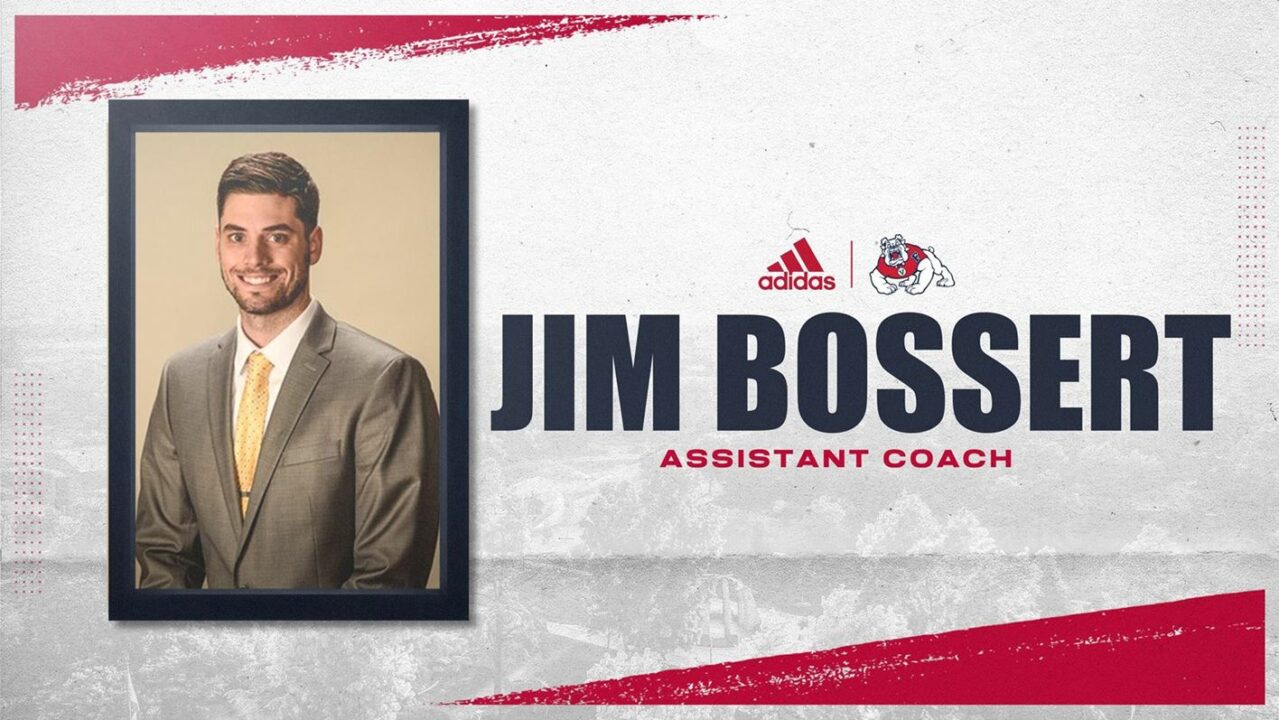 Bossert most recently served as an assistant coach at Wyoming, coaching the Sprint group for the 2020-21 season. Current photo via Fresno State Athletics

Jeff Julian, who is the head coach of the ISL’s Cali Condors, will launch a new professional and post-grad training group at Mission Viejo.

Tasselmyer swam for the Bonnies from 2019-2021 under current head coach Skip Nitardy.

Terry Jones, the founder and head coach of the Magnolia Aquatic Club in suburban Houston, is leaving the club for a position with USA Swimming.

“I am really excited for Jim to join our Bulldog family,” Fleck said. “He will bring great experience, loves recruiting and is very enthusiastic. Change always makes me a better coach so I look forward to learning and growing as a team.”

“I am extremely excited to come to the Valley and work with Jeanne and the entire Fresno State Swim and Dive program,” Bossert said. “I’m humbled to be given this opportunity, but so passionate about the direction of this program. I love Jeanne’s vision for the program. My wife and I are looking forward to being a part of the Fresno State community.”

In 2019-20 – his first full season coaching the Sprint group at Wyoming – Bossert helped lead the women’s team back into the top three of the Mountain West Conference Championships. That season was also the first time he coached a male athlete in breaking the 20-second barrier in the 50-yard freestyle.

During the 2018-19 campaign, Bossert coached the Individual Medley and Short Axis groups while helping with the Sprint group.

In the 2017-18 season, Bossert helped lead the men’s team to its first conference championship in 59 years when the Cowboys won the Western Athletic Conference title. He coached the Individual Medley and Short Axis groups, where three athletes achieved NCAA B cuts.

During the 2016-17 season, Bossert served as a volunteer assistant coach at the University of Alabama, working specifically with the middle distance and distance swimmers.  He took over the breaststroke and individual medley group in February 2017 prior to the SEC Championships, as the full-time group coach was out with an illness.

His other coaching experience includes working with Crimson Tide Aquatics in Tuscaloosa, Ala. (2016-17) and the California Baptist University Group Swim Team (2015).  He also worked at the United States Olympic Training Center in Colorado Springs during the summers of 2012-14.