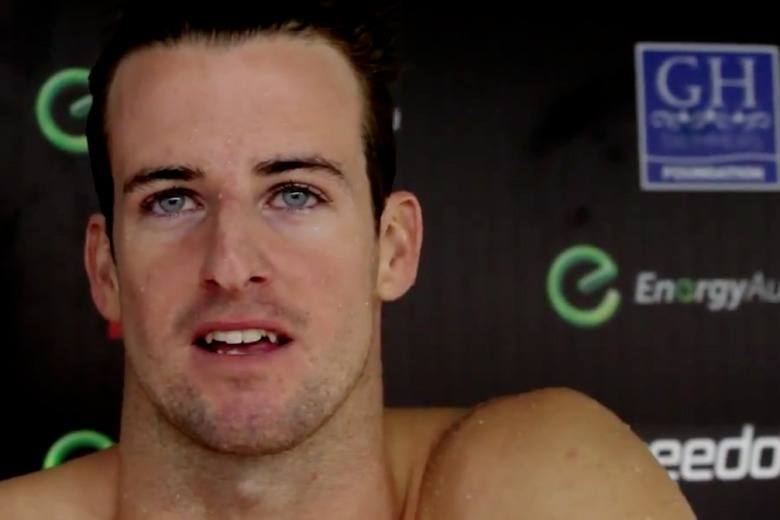 Shoulder surgery on Australian sprint star James Magnussen is complete, with the 24-year old now entering recovery mode.  Magnussen’s Twitter account indicates he will have his arm in a sling for the time being and his post-surgery tweets also include graphic mid-surgery photos, as well as the post-procedure scar.

In terms of when the sprinter will be back in the pool doing what he does best, Magnussen tells SwimSwam that he will “hopefully be back doing some kick work in 6 weeks”, with the anticipation of being “fully functional and swimming in under 12 weeks.”  If the timeline holds and his shoulder indeed rehabs back to its full strength, Magnussen would be back some time in September and have a sufficient preparation time to keep gunning for a spot on the 2016 Rio Olympic Team.

Last month it was revealed that Magnussen’s nagging shoulder injury would require surgery, thus putting the Olympic silver medalist out of this summer’s World Championships.  The “significant damage” to his left shoulder actually caused the swimmer to lose 70% of its strength, therefore, surgery was selected as the best option for Magnussen’s long-term health.

In addition to being unable to attempt a three-peat of his 100 freestyle 2011 and 2013 World Championships titles, Magnussen will also be missed on his country’s 4×100 freestyle relay.  He and Cameron McEvoy were a potent duo of reliable sprinters to which the Australians could turn in the hopes of a gold medal in the monstrously competitive event. With Magnussen out of the mix, the Aussies need to dig a little deeper to have a shot at the podium come July in Kazan.

If it did cause him to lose 70 % of his strength during trials, it makes those times impressive. Imagine what he can do with two arms!

From the photos, this was not the usual arthrostopic surgery, looks like the damage was indeed significant.