Jake Magahey, #3 In the Class of 2020, Verbally Commits to Georgia 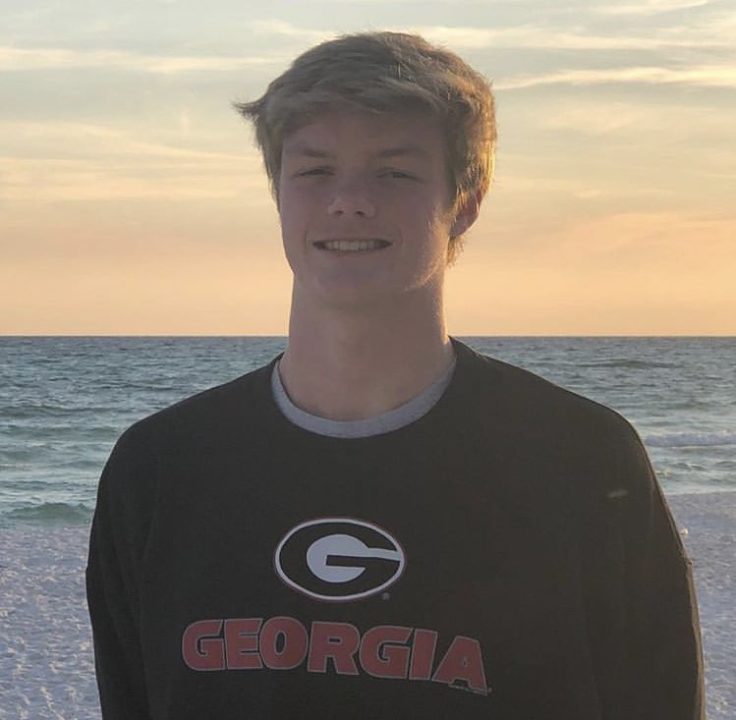 Junior Pan Pacs medalist and #3 on our "way too early" class of 2020 recruit rankings Jake Magahey announced his verbal commitment to the Georgia Bulldogs today. Current photo via Courtesy of SwimAtlanta

Jake Magahey, who we ranked #3 on our list of first rankings of the high school class of 2020, has made a verbal commitment to swim for the Georgia Bulldogs, he announced today on his Instragram account.

I am proud to announce my verbal commitment to swim and study at the University of Georgia! I would like to thank my parents, family, coaches, teammates, and friends, along with everybody who’s been a part of my life along this awesome journey. GO DAWGS!

Magahey won’t be traveling far when he heads off to Athens in 16 months. He’s a native of Dacula, GA, attends Mill Creek High School, and trains with Swim Atlanta. He’s primarily a distance swimmer, an area where the Bulldog men have a had a good deal of success. Bulldog Andrew Gemmell was a US Olympian, Matias Koski won the 1650 at the 2015 NCAAs, and this year, in the middle of an otherwise largely disappointing NCAAs for Georgia, junior Walker Higgins made the A-final of both the 500 and the 1650 freestyle events.

When we ranked Magahey a little over a year ago, here were his times in his best events:

and here’s where they stand now…

At this year’s NCAAs, his 500 would’ve been just outside scoring range, while his 1650 time was about five seconds off what it took to score, and would’ve placed him 22nd. His best 200 free time, however, is faster than two of Georgia swimmers went on a rolling start on the 800 free relay, and with another year of development, Magahey should be poised to make an immediate impact on the Bulldogs’ roster.

Georgia’s 18th place finish last week was their lowest NCAA ranking since 1992, but help is certainly on the way in the form of Magahey and Luca Urlando, who was our #4 recruit as of last spring, but who will undoubtedly move up after his assault on the NAG record book over the past year.

Great kid. Been a pleasure watching his progress over the last few years.

Bold move. Clearly their results at SECs and NCAAs inspired him.

But on a serious note, congrats Jake and Jack!

Ahhh yes. Here comes the comments of people where thinking before speaking wasn’t taught growing up.
Georgia’s distance swimmers are excelling. The lack of depth is what is hurting their performance. Not stopping the top recruits from committing, ironically. The dawgs will be back.

UGA actually had some of the most top A final swims excluding your top teams like texas nc state and cal.
They get ahold of some points in relays and they are easily a top 5 threat team again.

They had 6 A final swims in total. Camden Flys Guest 2BR Higgins 5 and mile Javi 100 back. Getting “ahold” of some relay points is kind of hard without sprinters. They’re 4medley looks promising with that Dowling kid coming in but they’ll need some Swiss Army knife guys like Maghey and Urlondo before they’re in the relay scoring business