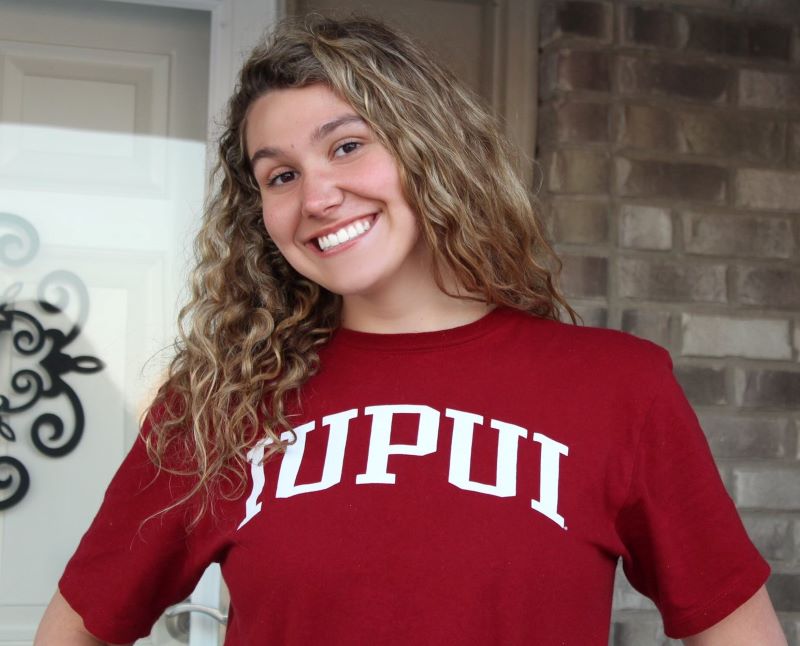 Dunlap High School junior Taylor Weaver has announced her commitment to join the IUPUI swimming and diving team beginning in the fall of 2021. Weaver swims club with the Dunlap Dolphins Swim Team where she is coached by Max Spencer. This year, as a junior, she was named as the area’s Girls Swimming and Diving Athlete of the year by the Peoria Journal Star. This award has held some prestige in recent years as both Noelle Peplowski, who finished 6th at the 2019 NCAA Woman’s Swimming and Diving Championships, and Illinois high school state champion Emma Theobald have been honored with it.

Weaver’s best times in the 100 back and 200 IM come for the 2019 IHSA (Illinois high school) Girls Sectional Championships – East Moline last fall. Here times of 58.85 and 2:10.86, respectively, were both good for first place and an automatic qualification for the IHSA Girls Swimming and Diving State Championships. At that meet, held a week later, she finished 44th in the backstroke and 34th in the IM.

The Jaguars finished in 3rd at the 2020 Horizon League Swimming and Diving Championships. While she wouldn’t have qualified for an individual final with her current best times, she wouldn’t have been far off. It took a 58.6/2:06.2 to earn a second swim in the 100/200 backstrokes. With another season to improve before arriving on campus, she will most likely provide immediate scoring potential as a freshman.

IUPUI just completed its first season under new head coach Damion Dennis, who took over the program following a six year stint as the associate head coach at West Virginia.