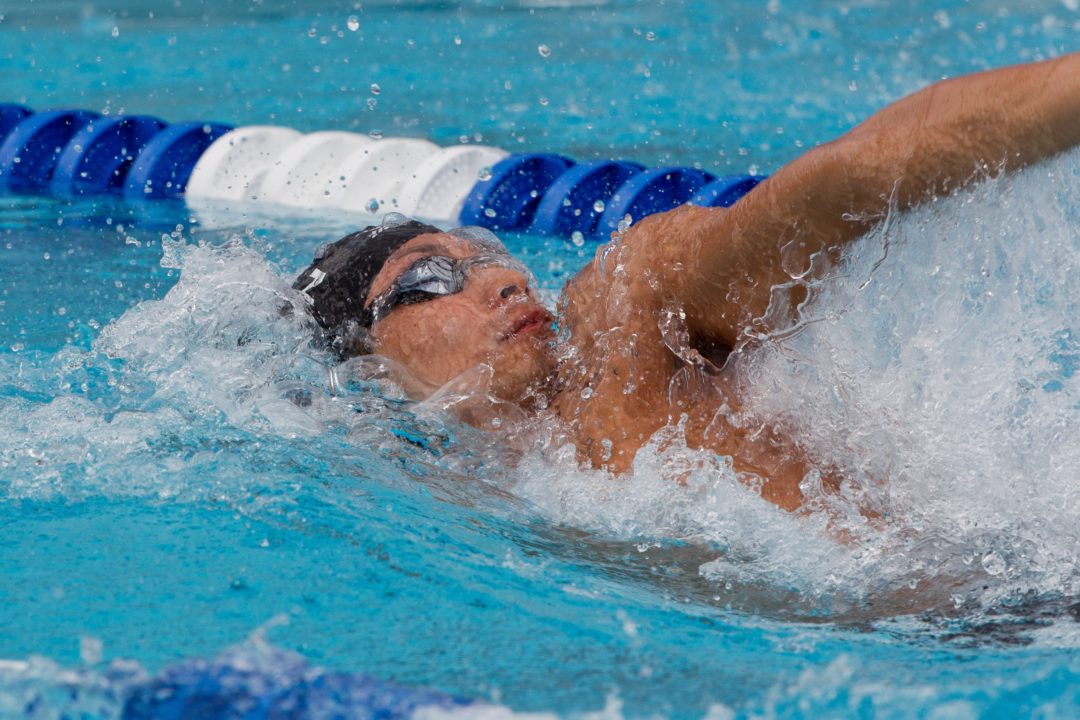 Japanese backstroker Ryosuke Irie finished his meet with another spectacular swim in the 200 back. (Photo Courtesy: ©Tim Binning/TheSwimPictures.com)

On day 6 of the 2012 Japanese Olympic Trials in Tokyo, it was time for the women’s breaststrokers to take over the show, and they did so splendidly. We also saw another men’s superstar, Ryosuke Irie, and a rising one, Kosuke Hagino, get more wins.

With Ryosuke Irie sitting as the best in the world this year in the 200 back already; but what we know about him is that he has no problem swimming fast every time he hits the water. He won this 200 backstroke in 1:54.03, just .01 behind his time from Australia in January, and he now has the three-fastest times in the world this year.

Irie is more than two-seconds faster than anybody else has been in 2012; the caveat is that his two biggest medal competitors (Americans Ryan Lochte and Tyler Clary) aren’t usually very fast in-season at all. But as of now, it doesn’t seem as though anybody can upset that top 3 at the Olympics from the medals, and the trio are about as sure-of-a-bet as there can be. Maybe Radoslaw Kawecki can get down that low, but not likely. Thiago Pereira has been swimming well since returning to Brazil, but he’s really focused on the IM’s. France’s Stasiulis is due for a career-year, but he’s still too far out. This really looks like a three-swimmer medal race this summer.

Kazuki Watanabe maybe becomes a contender after this race as well thanks to a best time of 1:56.83 for 2nd-place. That was an upset over another man who could have been a contender in Yuuki Shirai (1:57.60). Shirai’s swim was much slower than his 4th-ranked swim from 2011.

In the men’s 200 IM, 17-year old Kosuke Hagino continued to rise to become one of the stars of Japanese Swimming. After breaking the National Record in the 400 IM on Monday, he’s now added a victory (and this time just a junior National Record) with a 1:58.01 victory.

He outraced Ken Takakuwa in this race. The two swam identically in their closing 50’s, but Hagino won this race almost exclusively on the strength of a huge backstroke leg – the split of 29.9 was almost as fast as anyone in the world splits on that leg.

The Japanese breaststroke women have looked as good, if not better, in this meet even than their impressive men’s group, and in this 200 they had four women swim 2:23’s or better (which claims the world’s top five positions, outside of Rebecca Soni’s world-leading time).

The win, and 100-200 sweep, went to Satomi Suzuki in 2:22.99. That’s the fastest time in her career, and the best in Japan’s history outside of the year 2009. Close behind her, though, was Kaneko Watanabe, the now-15 year old phenom in 2:23.56. She had a lead headed into the final length, but Suzuki reeled her back in with about 35 meters to go, and blew by her. Both women will be headed to London with those swims.

Tied for 3rd were Fumiko Kawanabe and Rie Kaneto in 2:23.89. That means no Olympic berth for Kaneto, who is the National Record holder and the 4th-fastest swimmer in history in this event.

Nobody will be going to the Olympics in the women’s distance race, as the winner Maiko Fujino swam only an 8:31.30. That is faster than the FINA Automatic qualifying time, but is about five seconds behind Japan’s own self-mandated mark.