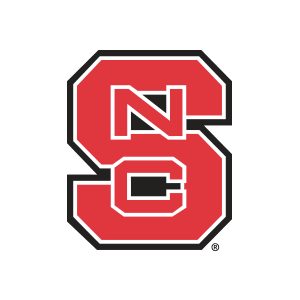 Iowa Flyers' Mark McGlaughlin has made a verbal commitment to NC State for the fall of 2016. Stock photo via NC State

Iowa City, Iowa-native Mark McGlaughlin has given a verbal commitment to join the North Carolina State University Wolfpack beginning in the fall of 2016. McGlaughlin is a senior at Iowa City’s West High School, where he won the both the 50 yard free and the 100 yard free titles at the 2014 and 2015 IHSAA State Swimming Championships. As a sophomore, McGlaughlin earned the crown in the 50 with 20.67; last year he was 20.54 in prelims and 20.73 in finals. In the 100 he won with 45.00 as a sophomore and 44.73 his junior year.

McGlaughlin is a three-event Olympic Trials qualifier, competing year-round for Iowa Flyers Swim Club. He made the bonus finals of the 50 meter and 100 meter freestyle events at 2015 U.S. Nationals in San Antonio, although his fastest times in those two events come from the 2015 L4A Swim Pink Invitational in June. In addition to the 50 and 100 free, he achieved a Trials cut in the 100m back this summer at Nationals. In short course season he was an “A” finalist in both the 50y and 100y free at the 2015 NCSA Spring Championships. McGlaughlin’s best times over the past two seasons include:

The Wolfpack has become one of the premier sprint programs in the country; four of the top-8 finalist in the 50y free at the 2015 ACC Championships came out of NC State, and only one of them has graduated. With McGlaughlin’s commitment, the Wolfpack picks up the country’s fifth-fastest 17-18 year old 50m freestyler from the 2015 long course season, and the tenth 100m freestyler. McGlaughlin has a way to go before he will score points at conference championships, but his time drops this summer (5/10 in the 50 and 8/10 in the 100) are encouraging.

McGlaughlin told SwimSwam: “I had a great visit, loved everything about the school and the swimming program. Of course it was my first visit so I waited it out to see if anything changed and nothing did so I decided to pull the trigger and commit.”

Thank God he didn’t go to the University of Iowa. Would have been sad watching McGlaughlin waste his collegiate career had he chose the Hawks (a la their girls team. For real how does someone be the head coach of a program for 15 yrs and not finish top half, or the plethora of swimmers who have left the program in the last decade). Now he will be with a premier sprint coach/training group/etc. Great choice and good luck.

True dat…… Iowa can’t recruit the top talent in the state because those kids see the program up close and personal. It’s a program to join if you want to languish in mediocrity for the next 4 years.

It’s sad, really. They’ve been handed one of the best facilities in the country and the University has a culture of competitive sports, yet their swim team has yet to produce given the resources they have at their disposal.

That’s the program to go from a good swimmer to a badass! Good Luck!
The Wolfpack seem to get more improvement out of more swimmers than anywhere

Dr. Deluxe & Devo are correct: The IHSAA & IGHSAU run out state championship meets that are timed finals in a pool that has a shallow (4 FT.) turn end. High School swimmers in Iowa are being cheated out of a great experience every year in Marshalltown because some charlatans in suits don’t want to put some effort into doing their jobs / don’t want to listen any experts outside of their offices in central Iowa. We also have some really silly rules about who can coach HS swimming in the state (that basically are there to keep USA-S club coaches off the pool deck).

Congrats Mark… I was an Iowa swimmer who broke away from the Midwest to attend NC State
and it was a great move for me..I know you will flourish there. The culture to succeed is TOP NOTCH and Braden has put together an unbelievable environment for swimming excellence.
DEVO..you are absolutely CORRECT!! The switch to time finals has taken away the competitive
nature of the “big swim” as well as some states going to the separate divisions ( aka Wisconsin) to get more revenue but diluting the stature of a state final.

Just a point of clarification. Iowa HS State Championships are timed finals, sadly, so Mark’s times in the first paragraph for his 50 are incorrect or are using the District meet as the “prelim”.

In High School Competition, Iowa is still stuck in the stone ages. It’s run by a bunch of old dudes who know little about competitive swimming and has nothing to do with promoting the talent within the state. More and more top-level Iowa kids are skipping HS competition for that reason.

It’s great to see yet another Iowa kid rise to the national level. Good luck Mark!

youngfish11 – I think the implication is “three event.” Will clarify that wording.