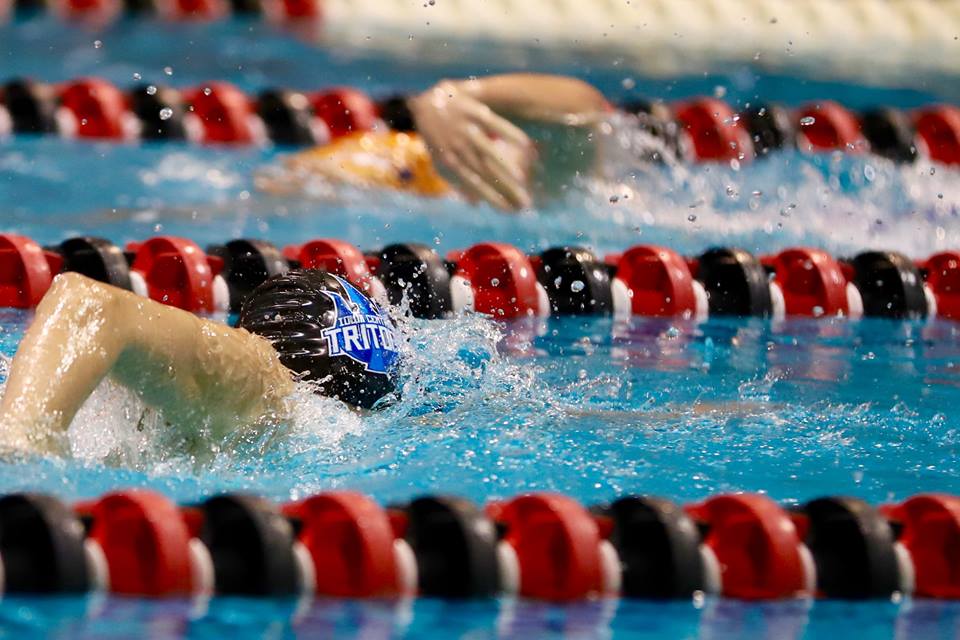 Fast times in the fall aren't confined to Division I, as Iowa Central's Billy Cruz threw down a 19.10 lat the Augustana Invite Friday. Archive photo via courtesy Iowa Central Athletics

While we’ve seen some pretty big times out of the normal continent of Division I schools the past few days, perhaps the most surprising swim so far this season has come from a junior college swimmer.

Swimming at the Augustana Invite yesterday, Iowa Central freshman Billy Cruz (also known as Guillermo Cruz Zuniga), led off the Tritons’ 200 free relay with a time of 19.10. That ties Pitt’s Blaise Vera for the fastest time in the country across all college levels so far this season.

Additionally, Cruz’s time is only 0.04s off of the NCJAA record of 19.06, set by Brad Tandy, the South African national who eventually transferred from Indian River State College to the University of Arizona, where he won a national championship in the 50 free.

While Cruz Zuniga was born in Mexico and has competed for Mexico at some international events like the Youth Olympic Games, he’s lived in Canada until joining Iowa Central this year. We couldn’t find any yards results for him, but he came into this year with freestyle bests of 23.05/50.65 in LCM and 21.95/49.40 in SCM, suggesting that he’s also improved solidly in his first few months under Iowa Central head coach Joe Plane.