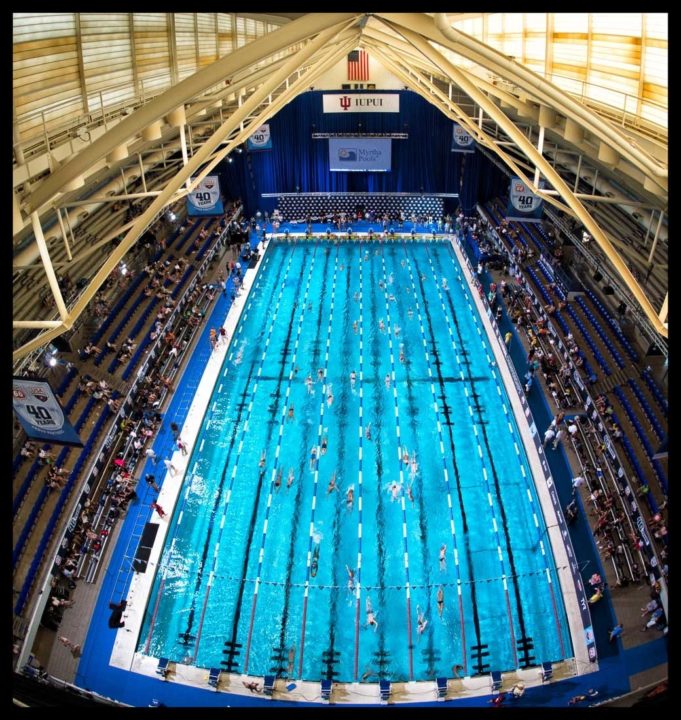 It’s been a while since the United States has hosted a major international swimming competition (the 2004 Short Course World Championships was the last of this stature), but in 2017 that streak will end when they welcome in the 2017 FINA World Junior Championships.

The United States has never before hosted either the senior or junior World Championships.

The meet will be hosted in the newly-refurbished IUPUI Natatorium in Indianapolis, Indiana, which is viewed as a mecca of American swimming.

The United States was one of two countries willing to host the meet on short notice (along with Russia) after a chain of dominoes forced FINA to scramble. Budapest, Hungary was originally scheduled to host the 2017 Junior World Championships, but they were forced to step in and host the 2017 FINA World Aquatics Championships when Mexico pulled out of those duties for financial reasons.

“We’re very excited to welcome FINA and the next generation of world champions to the United States for such a significant international competition. This is a showcase event for the future of swimming and an important step in the lives of younger athletes,” said Chuck Wielgus, USA Swimming Executive Director. “Competing at what we consider to be America’s most historic swimming venue will make this an opportunity of a lifetime for these young men and women. We know that the athletes, coaches, volunteers, families and spectators will enjoy a tremendous experience.”

“FINA has very fond memories from Indianapolis, as we held there the 2004 edition of a very successful FINA World Swimming Championships (25m). I am sure that the 2017 FINA World Junior Swimming Championships will also be superbly organised in this exciting city,” considered FINA President Dr. Julio C. Maglione. “Our young swimmers will take once more this opportunity, staged in a country with a great swimming tradition, to gain international experience and prepare their successful entry in the elite world. Many champions shining at the recent 2016 Olympic Games in Rio started their brilliant path in past editions of our FINA World Junior Swimming Championships.”

Unlike most international competitions, this is not one where the United States traditionally comes out on top of the medals table – they’ve declined in the past to send their top junior swimmers to the competition, instead often prioritizing other competitions (including senior-level ones) for their athletes.

Very good news for the young Americans.
I presume that very talented Indiana sprinters Drew Kibler and Anya Goeders will be very motivated to shine at home. Not often you have the opportunity to win a world gold medal close to your home.

Very good news for Pence & The Deplorables . An American First .

I’m very happy to see that championship in USA