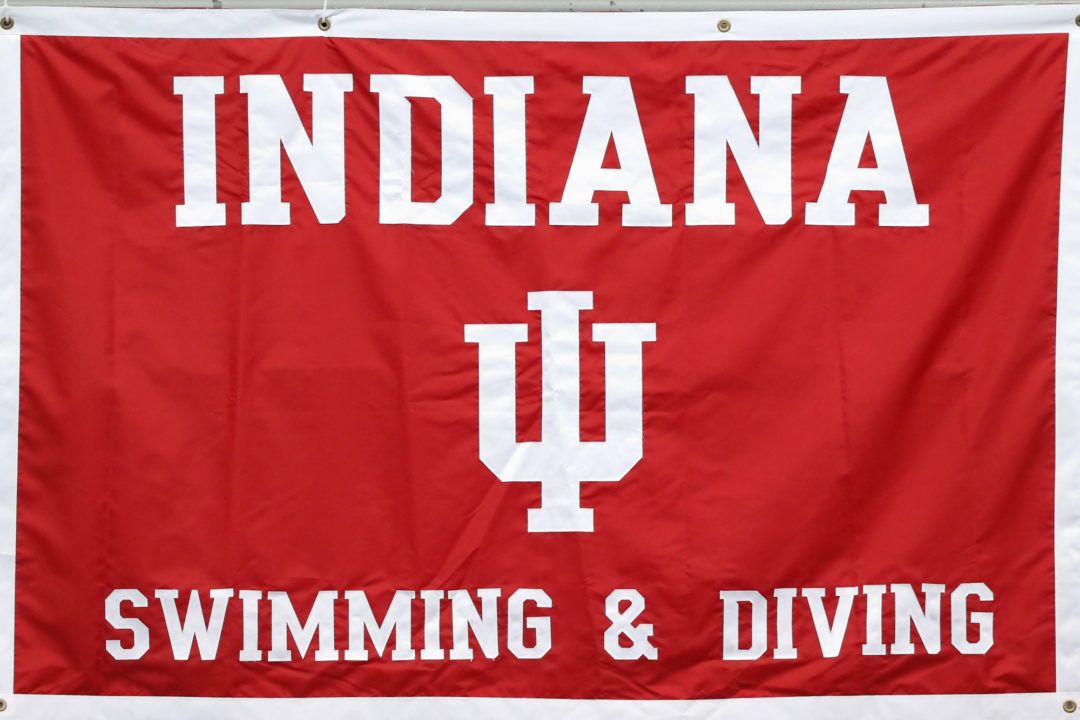 Multiple pool flanges were found to have deteriorated and need custom parts to replace. Archive photo via Tim Binning/TheSwimPictures.com

Indiana University’s indoor Olympic-sized pool, the Counsilman-Billingsley Aquatics Center, has been drained and out-of-commission since late July, the school confirmed to SwimSwam Tuesday.

The pool has been closed since July 23rd, when while undergoing its yearly maintenance and repairs, it was discovered that “multiple pool flanges” had deteriorated and were unusable. The parts needed to repair the pool are custom-made, and take multiple weeks to make and ship.

Post-grad Olympian Blake Pieroni was bummed upon his return home from Nationals and Pan Pacs:

Oh no! The worst thing to come home to, allegedly the pool will be drained for awhile 😭😭 should we run up and down the lanes for practice? #iuswimanddive

The school is targeting October 1st to reopen the pool. In the meantime, the undergrad and post-grad teams will continue to practice in the outdoor 50-meter pool, and will have occasional use of the indoor 25-yard Royer Pool a the IU School of Public Health.

If the pool does reopen on schedule, it likely won’t affect the college team’s plans. Indiana did not participate in any NCAA meets until October 20th last year, but the 2018-2019 schedule has yet to be released.

If I were IU, I would replace the pool flange with a flux capacitor.

But wouldn’t that turn the whole thing into a hot tub time machine?

OR IS THIS WHAT THEY ALREADY DID AND THAT’S HOW THEY WON ALL OF THOSE TITLES IN THE 70S???

It’s similar to a panametric flange and works in conjunction with a retro-encabulator.

Whatever you gotta do to prevent side fumbling.

Fortunately, it’s completely different. It’s all about synchronizing the cardinal grammeters with the dingle arm to reduce sinusoidal depleneration and capacitive diractance.

It’s amazing how one play can totally define someone’s career.

Probably the Fetzer Valve. You know it’s all ball bearings these days.

Unfortunately, the age of Maryland’s pool is rather irrelevant.

Such a great facility, its Such a shame that they had to cut the program. Also, it’s one of the only pools that can hold larger meets in that region, many pools further north aren’t large enough to hold meets bigger than an age group championship.

And yet their football program and coaches–which will soon be found criminally negligent in the death of Jordan McNair–will just keep humming along and get as much money as it needs. It’s incredible that the flagship university in the home state of both Michael Phelps and Katie Ledecky doesn’t have either a men’s or women’s program.

Vote Up370Vote Down Reply
bob (not this bob

Shame that there’s virtually no swim talent or interest in swimming in the College Park catchment area of, say 45 mins in any direction, otherwise they might be able to recruit a competitive team. Smart they cancelled the program.

In conclusion, UMD was totally dumb to cut swimming, and squandered an opportunity to have a banner-earning sport with a flagship facility in a hotbed of talent with world-class coaching.

Rutgers and Maryland just recently joined the Big 10 from the Big East and the ACC, respectively, because the Big 10 wanted to branch into the NYC and DC media markets. This is what allows the conference to demand so much money to broadcast their football and basketball games. Doubtful they’ll ever face such an ultimatum, but I like the way you think!

If UnderArmor made swimsuits Maryland would have a team