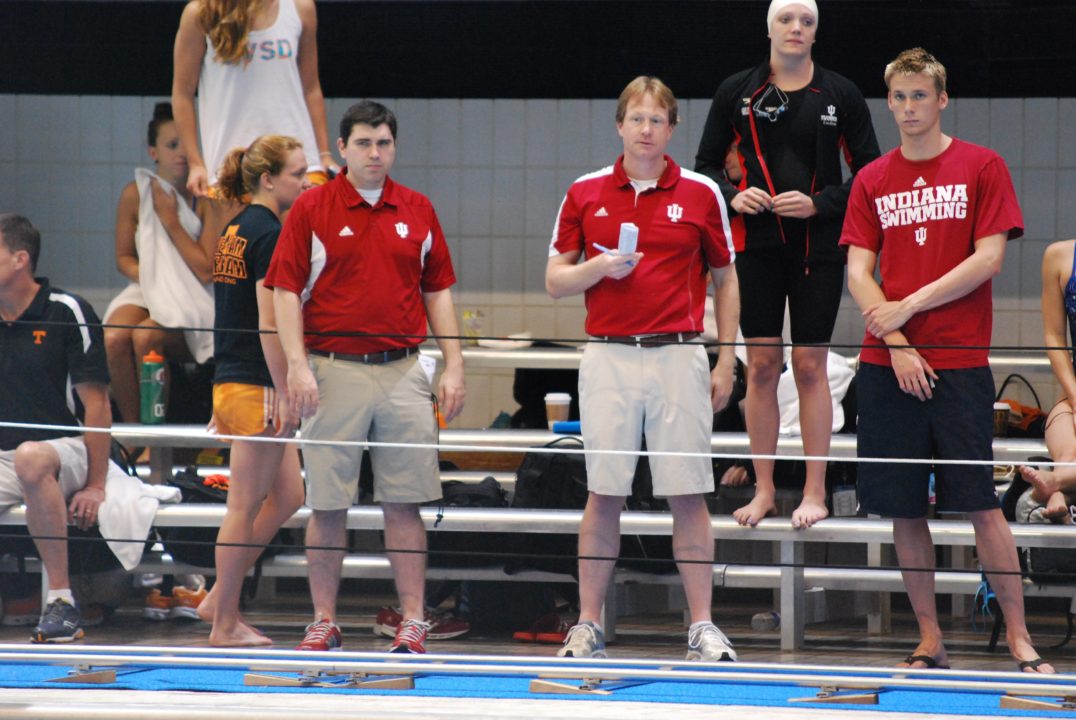 The Indiana coaching staff will have a new member next season, and it's a name that will be well familiar to swimming fans.

Indiana University has hired swimming legend Jeff Kostoff to replace the spot vacated when Marie Marsman left the program. The move is expected to be announced officially on Monday morning.

(Watch a video of Kostoff congratulating Conger on breaking the record here).

This was one of those records labeled “untouchable” for how long it existed, though we all knew of course that eventually someone would have it.

Kostoff’s coaching resume isn’t as deep as his own swimming resume, though he does have some good college coaching experience. He was an assistant at Maryland from 1993-1997. Kostoff most recently been working in the Washington DC Area in the technology industry.