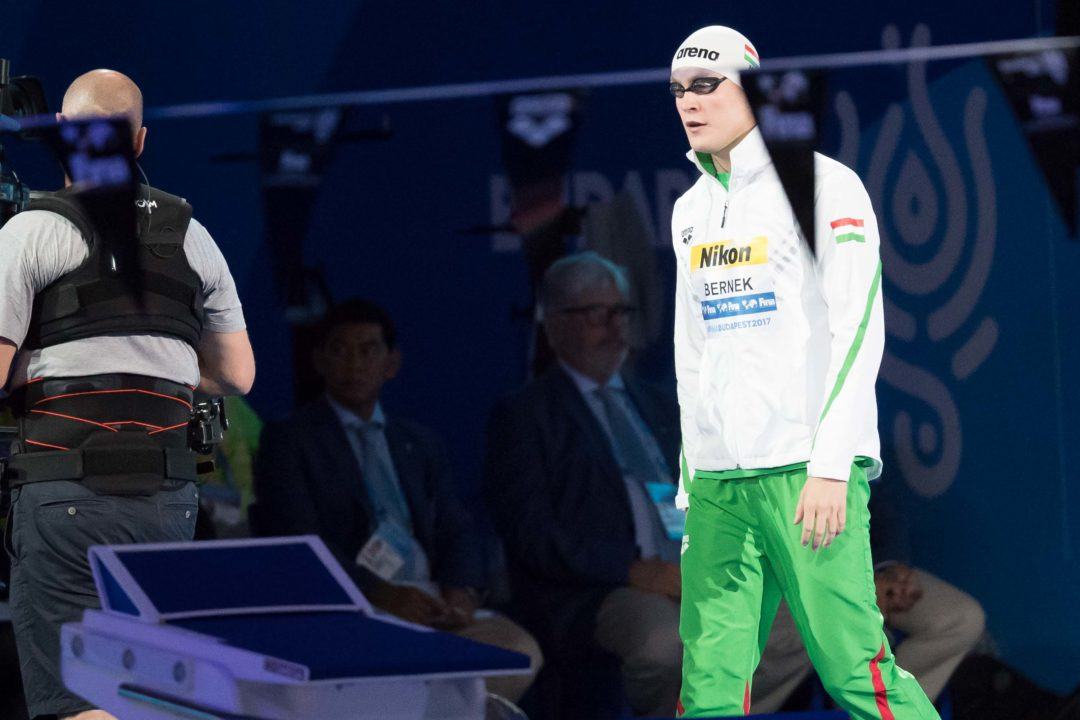 Bernek, who competed for the London Roar at the European derby earlier in the ISL season, announced via Instagram that he underwent surgery. Archive photo via Mike Lewis/Ola Vista Photography

Hungary’s Péter Bernek, who represents the London Roar in the International Swimming League but is absent from the finale roster, announced Friday he underwent surgery and is in the hospital.

“I’m going through a difficult time, I hope I can start training soon and find myself back,” he wrote, translated from Hungarian.

Bernek made his Olympic debut in 2012 and was part of Hungary’s eighth-place 4×200 free relay. More recently on the world stage, he finished eighth in the 200 back at the 2017 FINA World Championships.

The London Roar sits in third place by just 3.5 points heading into day two in Las Vegas and had two entrants in the 200 back Friday. Christian Diener placed fifth in 1:53.62, and Finlay Knox placed eighth in 2:02.07 (he was the only swimmer to not break two minutes)

What a tough crareer he has.. Always sick, always injured when it matters. Wish him all the best for 2020!

Isn’t that very close to the world record ?

It is 2 secs away from it

It was one of the greatest swim I saw. Unbelievable from Doha.

At least he’ll be able to breathe through his nose now.