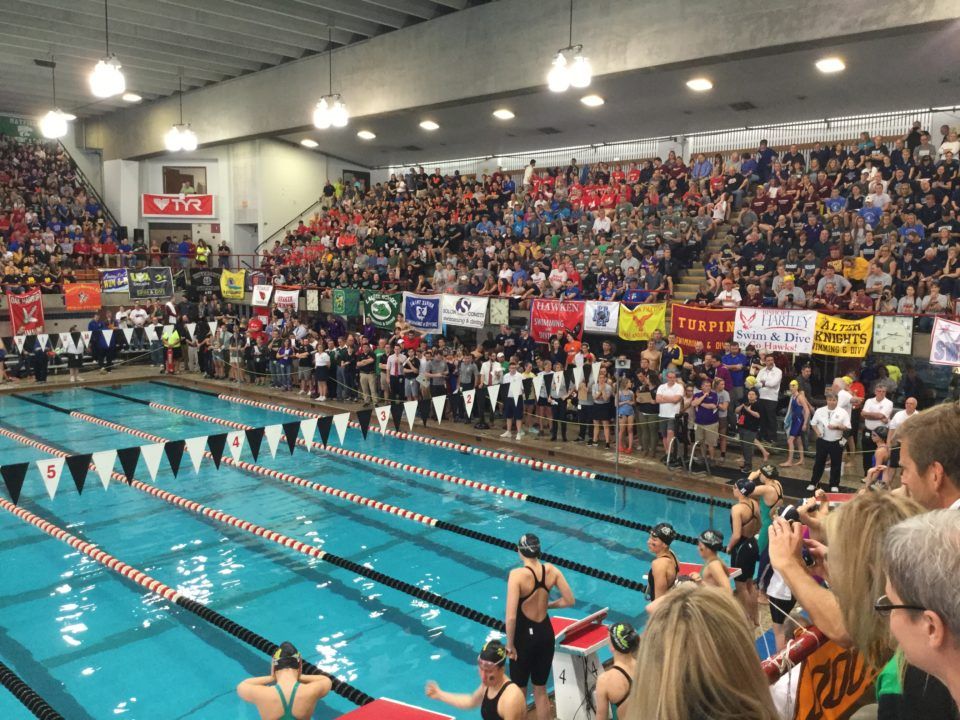 The post-Olympic increase has become a trend, as the third highest increase over the last eight years came post-London 2012 when numbers went up 2.68%.

All data comes via the NFHS (National Federation of State High School Associations), the governing body of high school sports in the United States.

The number of schools offering boys swimming & diving has seen a steady increase, with last season’s total of 7342 being the highest ever by over 100.

Girls’ swimming & diving also had their biggest increases over the last eight years in participants (2.43%), and their second highest in schools (2.14%). Number of participants hit an all-time high by nearly 4000 with 170,797, as did number of schools at 7721.

Basketball is offered in the highest number of schools for both boys and girls, while outdoor track and field (girls) and 11-player football (boys) lead for total participants.

In terms of state participation, California leads with 21,467 male and 29,722 female participants in swimming & diving across 883 and 915 schools respectively. Texas sits 2nd in both, and Pennsylvania was the only other state to crack 10,000 participants for either boys or girls, with 10,110 girls compared to just 4,572 boys.

Note: Tennessee is not included in the data, as it is not sanctioned by the NFHS.

Check out the NFHS Participation Statistics for yourself here.

Canton McKinley High School – The Hub of the Universe

Guess. Is that Canton McKinley HS in the photo?

Imagine how many more schools would carry swimming if it didn’t require cost prohibitive aquatics facilities? This is why I’m proposing we switch to air swimming.

I live in Austin,Texas and I’m a swimmer as well and 3/6 schools in our district share a pool at nitro swimming

…and it looks like there’s even one more pool, now that Waterloo has their own tank.

In Tucson, they have 2 high school teams per rec pool which is not bad.

That is for practice only. There is no diving at these private facilities nor are they able to host meets with the limited spectator seating.

Where is Florida the third largest state that even has a good community college team. PA is a much smaller state than Florida.