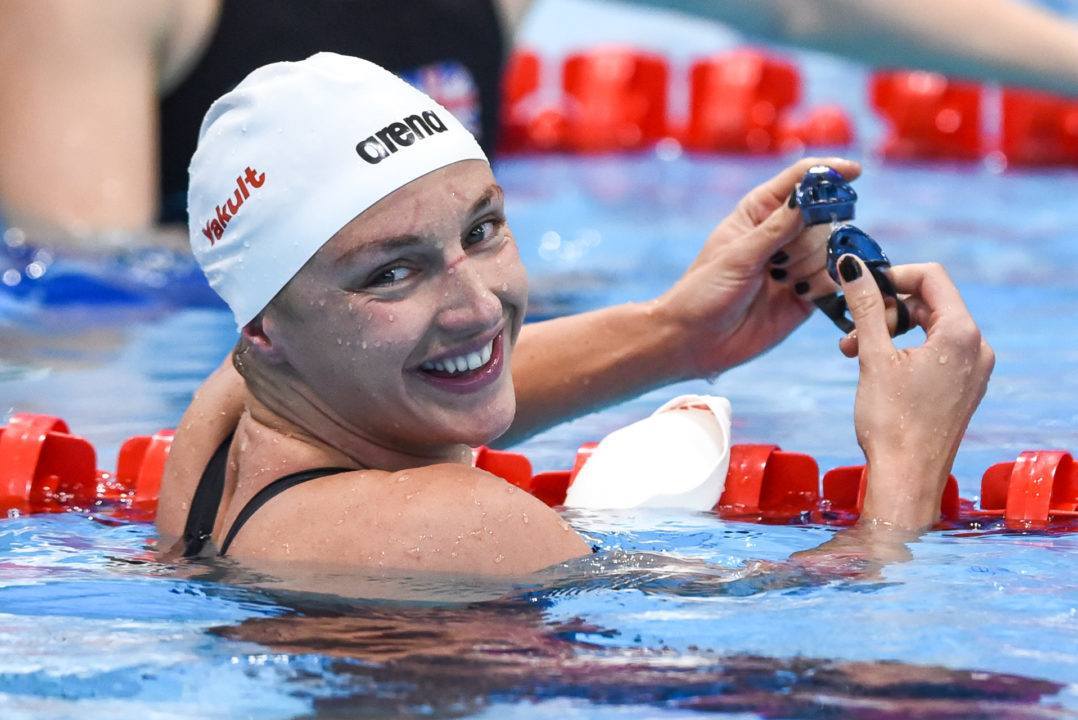 Hungary's Katinka Hosszu became the third woman to four-peat an event at the European Championships, taking her fourth consecutive title in the 200 IM. Current photo via Peter Sukenik/www.petersukenik.com

Hungary’s Katinka Hosszu became the third woman to four-peat an event at the European Championships, taking her fourth consecutive title in the 200 IM.

She joins a star-studded list of women to win the same event at four consecutive European Championship meets:

Hosszu was quickly followed by #4, as Italy’s Federica Pellegrini earned her fourth win in the 200 freestyle just a few days later.

The men’s side has had more runs of 4 or more straight golds: