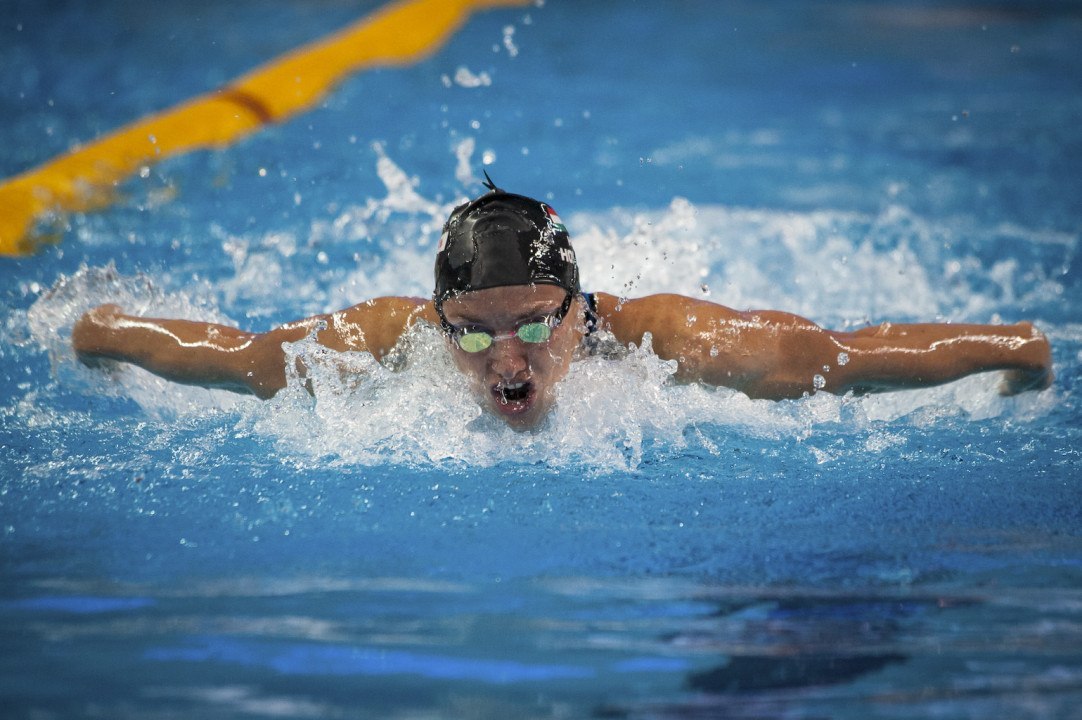 Katinka Hosszu is well on her way to defending her World Cup points title with one of seven stops down. Hosszu leads all women with 189 points, even more than she had at this point last year. Current photo via FINA Mastbank World Cup - Doha

Katinka Hosszu is well on her way to defending her World Cup points title with one of seven stops down. Hosszu leads all women with 189 points. That’s actually more than Hosszu left the first stop with last year – Hosszu had 161 points at the first meet in 2013.

That’s impressive, considering Hosszu got 4 world record bonuses last year and just 3 this year. She made up the difference with a heavier event lineup (heavier even by Iron Lady standards) that included 7 event wins, a silver and two bronzes.

For the men, it’s Chad le Clos of South Africa leading the way. Like Hosszu, le Clos is the defending series points champion, though he seems to be taking a different strategy this time around. After dealing with a lot of fatigue by the end of last year’s series, le Clos is taking lighter lineups early in this year’s Cup. He swam just three events in Doha, winning all three. That should have placed him behind Australia’s Thomas Fraser-Holmes, who won four races, but le Clos earned 18 bonus points for having the best performance of the meet on FINA points.

Daniel Gyurta also benefited from that performance bonus. His 200 breast was the best performance of the meet on the men’s side, adding 24 points to his two-win total and bringing him into a tie with Fraser-Holmes for second.

Here’s a quick look at how points work on the World Cup circuit:

Each athlete in the top 3 of an individual event earns points for their medal status:

The top 3 individual performances (based on FINA points) for men and women at each meet earn performance bonuses. Only one bonus per swimmer, even if one swimmer has multiple events place in the top 3 overall in FINA points.

Any swimmer breaking a world record earns a 20 point bonus added to their total.

Those three categories are added up to get an athlete’s total.

The 7-stage World Cup is broken down into three different “clusters.” There are cash bonuses for the top 6 men and women within each cluster. The first cluster is made up of Doha and the Dubai World Cup to happen this weekend. So the current leaders have great shots at those cluster bonuses over the weekend.

By our count, here are the top 3 performances for men and women from Doha. If there are any swims we missed, let us know in the comments.

You’re right, Koch’s performance got lost behind Gyurta’s in that 200 breast. Thanks for the heads up, we’ve updated now.

I think you will! Gyurta may get there by the end of this year

Any Jewish Israel swimmers in Doha or Dubai?
After last year’s disgusting acts of discrimination i’m waiting to see if the arabs will repeat it and fina once again turn a blind eye