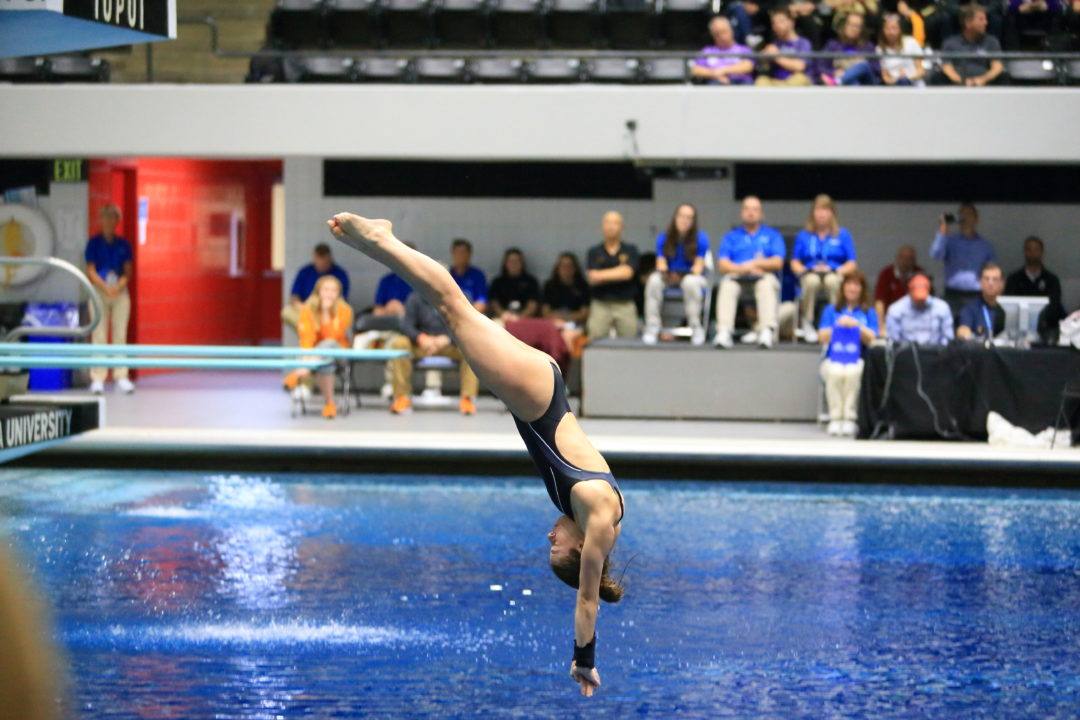 Day two at the 2017 USA Diving Winter National Championships slotted finalists in the men’s 3-meter and women’s 10-meter events as both contests had preliminary and semifinal rounds Thursday at the Greensboro Aquatic Center. Current photo via Walt Middleton Photography 2017 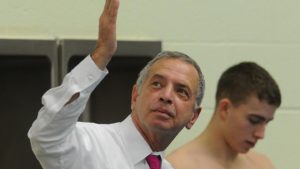 Day two at the 2017 USA Diving Winter National Championships slotted finalists in the men’s 3-meter and women’s 10-meter events as both contests had preliminary and semifinal rounds Thursday at the Greensboro Aquatic Center. Briadam Herrera (Miami, Fla./University of Miami) continued his success at the meet by placing first after the men’s 3-meter semifinal with a cumulative score of 789.10 points, while Tarrin Gilliland (Liberty Hill, Texas/COM Aquatics) came out on top in the women’s 10-meter semifinal with a cumulative mark of 654.45 points.

Herrera entered the semifinal seeded second after Jordan Windle (Morrisville, N.C./University of Texas) took first in the preliminary round. Olympian Michael Hixon (Amherst, Mass./Indiana University) finished third in the preliminary. The trio made up the top three spots after the semifinal, only with Herrera and Windle trading places.

Herrera carried over 386.25 points from the preliminary and went on to have a stellar semifinal that included a forward 2½ somersault 2 twist pike in round three that earned 81.60 points. He capped off the semifinal with a reverse 1½ somersault 3½ twist free worth 78.75 points that helped him edge Windle (780.80). The Texas Longhorn finished 8.30 points behind Herrera with Hixon (773.45) only 7.35 points behind Windle, making for a high-caliber final on Saturday. The top 12 finishers in the semifinal advanced to the final.

Gilliland trailed Rosendahl by 7.95 points heading into the semifinal and came out of the gates eager to close the gap. The 15-year-old opened with a forward 3½ somersault pike worth 72.00 points, her second-highest scoring dive of the semifinal. She topped that with 76.80 points on a back 2½ somersault 1½ twist pike in the final round to claim the top seed in Saturday’s final. Rosendahl finished with 627.00 points, Bromberg with 593.05 points and Parratto scratched out of the semifinal. Parratto will not join the other nine competitors in the final.