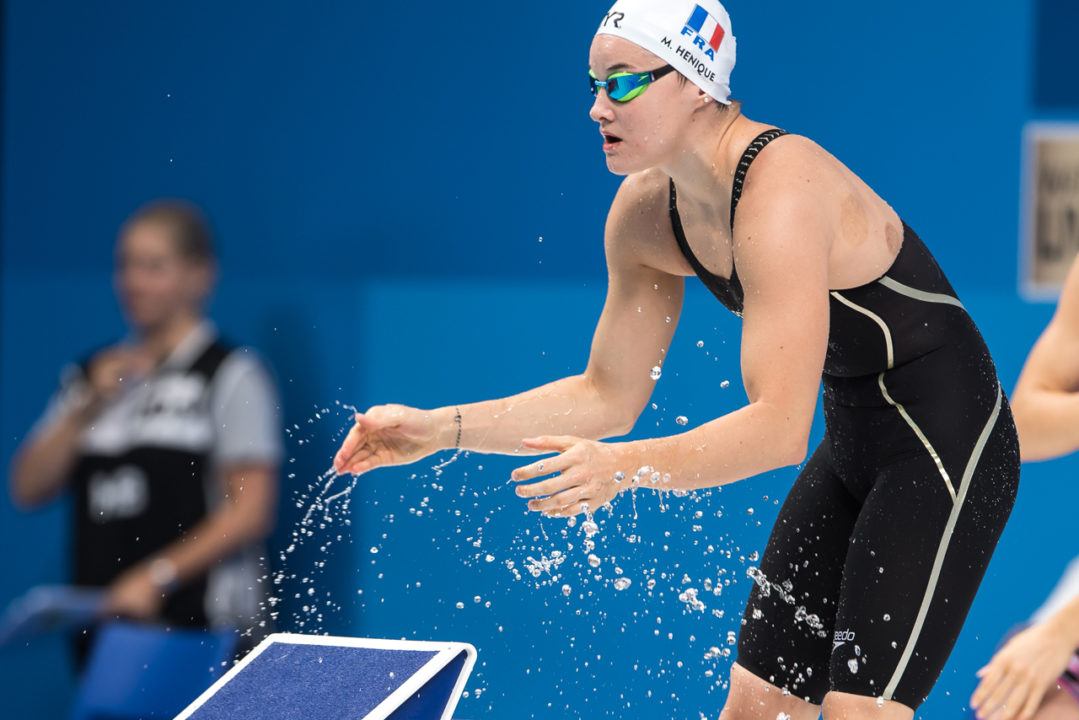 Henique went 25.05 to take a tenth off her own national record, set in 2016. That time also ranks 5th in the world this year:

Henique said after the race she was surprised by the time and mentioned that she felt she had a bad turn. “There is still a lot to improve, but I’m happy. This is a good omen for the Worlds in China,” she said in a translation of the French swimming press release.

David Aubry put up the world’s #1-ranked time in the 800 free, going 7:36.45. He commented that he had a “complicated” start to the season including a monthlong training delay. Aubry took that win by five seconds over the field.

In the women’s 400 IM, Fantine Lesaffre hit the world’s #3 time this season, going 4:28.13. She is still a solid six seconds behind Katinka Hosszu’s world-leading 4:21.9, but the time is within a second of the French record, which has stood since 2015.

The other major world-ranked swim was Charlotte Bonnet‘s 1:52.83 in the 200 free. That stacks up 3rd in the world ranks this year and is only 1.2 seconds off the French record held by Camille Muffat. Bonnet won that race by three-and-a-half seconds, dominating the field and mentioning in the French press release that she feels she can improve her time in a tighter race.