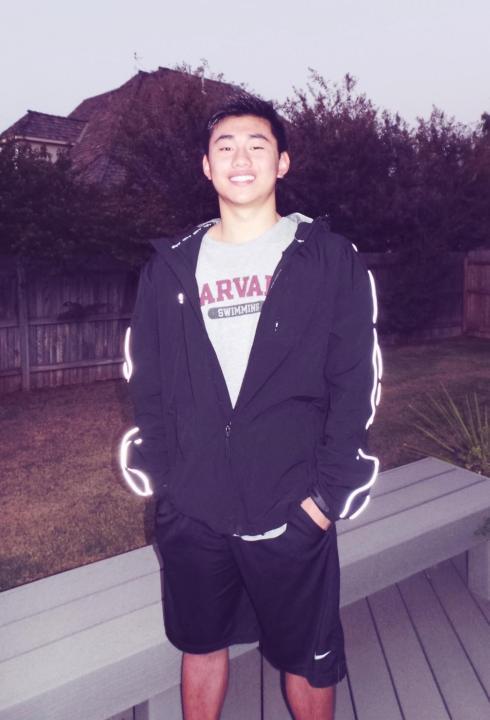 Oklahoma state record-holder Justin Wu has given his verbal commitment to the Harvard Crimson.

Harvard seems to have cornered the market in Ivy League recruiting so far this season. Justin Wu is the latest to make a verbal pledge to The Crimson.*

“I’m excited to be a part of the HMSD family! Harvard has an amazing swim program and I really believe that Kevin and Sam have done a great job of improving their swimmers. And after getting to know the coaches and swimmers on my visit, I knew that Harvard was a team I could swim on for my next four years.”

His best times in the 200 IM and 200 fly would have landed him in B-finals at 2014 Ivy League Championships, while his 200 free would have been right on the A/B-final cusp. Harvard will be counting on Wu to help The Crimson continue their recent-years’ dominance of the 200 free.

*DISCLAIMER: Wu has not yet been officially accepted to Harvard. As is true with all Ivy League schools, Harvard’s Admissions Office will not send its acceptance letter until the beginning of December, along with those of all Early Action candidates. The procedure for a recruited athlete like Wu is for Admissions to review his transcript and SAT scores, “support (his) application for admissions in the fall,” issue a Likely Letter, then offer him acceptance into the class of 2019.

Harvard swimming and the Ivy League in general is so underrated..

Also, I meant to add: congratulations on dropping the “H-bomb.”

I think we can, or should, all agree that kids aren’t going to Harvard just to swim for a Division 1 program. Harvard is an academic Willy Wonka golden ticket, and that is why recruits in any sport are flattered to have the privilege to commit early to the admissions process. Congrats to Wu and his family, well done!

To be fair, it seems like Harvard always gets the early picks in the Ivy league compared to other schools either because of name or schedule. For example, last year they land several major catches but ultimately had the second best recruiting class in their league.
http://swimswam.com/middle-distance-freestyler-boyd-commits-harvard-well/