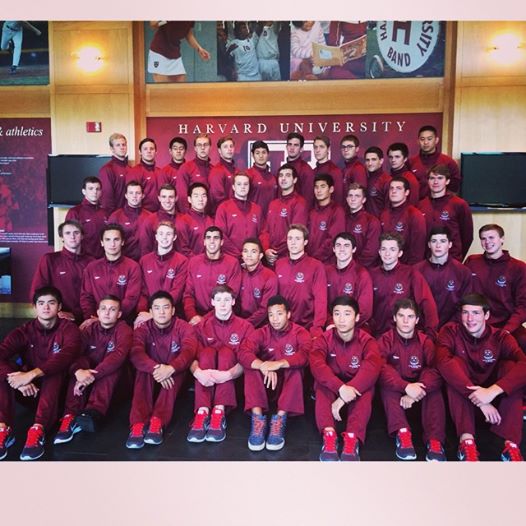 October 1 officially opened swimming and diving season in the Ivy League and Harvard wasted no time gathering verbal commitments. After the women’s team received commitments from Sonia Wang and Meagan Popp, then men got into the game with Grant Goddard.

Goddard’s 200 back and 100 fly times would have landed him in the B finals at 2014 Ivy League Championships, while his 200 IM would have been just out of reach of a second swim. Harvard will have graduated several of its star freestylers by the time Goddard arrives in Cambridge; they will be looking for replacements on their Ivy-winning relays and Goddard might be able to fill in.

*DISCLAIMER: Goddard has not yet been officially accepted to Harvard. As is true with all Ivy League schools, Harvard’s Admissions Office will not send its acceptance letter until the beginning of December, along with those of all Early Action candidates. The procedure for a recruited athlete like Goddard is for Admissions to review his transcript and SAT scores, “support (his) application for admissions in the fall,” issue a Likely Letter, then offer him acceptance into the class of 2019.

Springer is strong recruit for Harvard. He already has 3 A final times and could be player on the 800 free relay. Nice pick up.