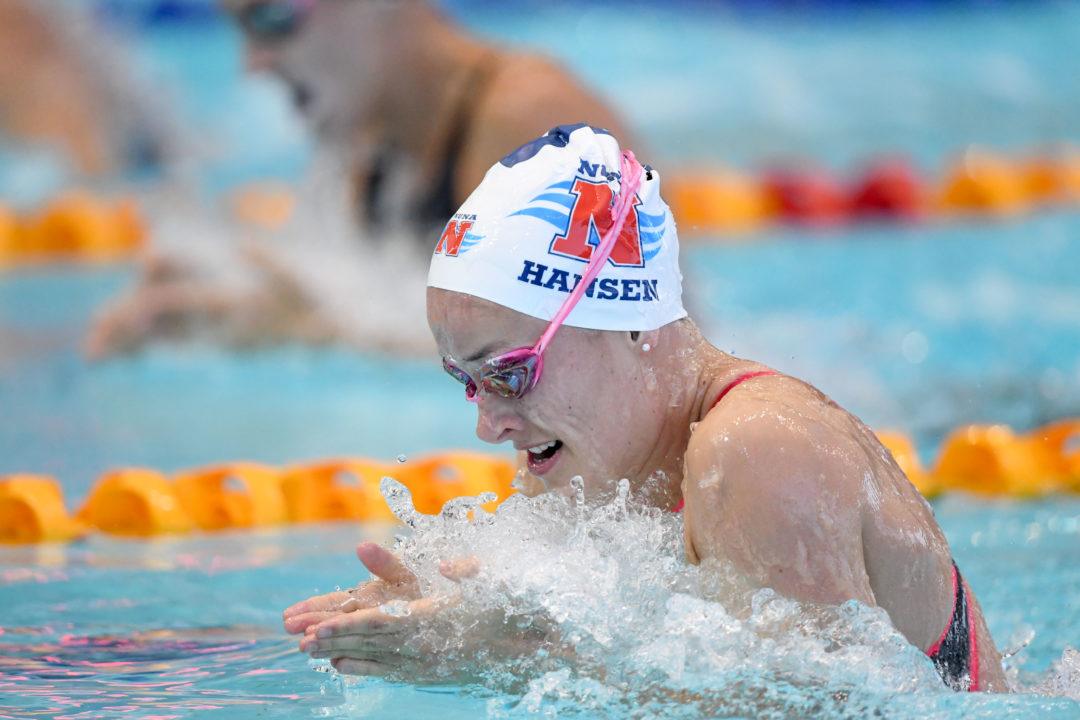 The 2019 Vic Open wrapped up tonight in Melbourne, with 23-year-old Jessica Hansen completing her sweep of the women's breaststroke events. Archive photo via Swimming Australia/Delly Carr

The 2019 Vic Open wrapped up tonight in Melbourne, with 23-year-old Jessica Hansen completing her sweep of the women’s breaststroke events.

Another Nunawading athlete in Matthew Temple got the job done in the men’s 100m fly, clocking a time of 52.67 for the gold. Splitting 24.90/27.77, Temple’s sub-53 second outing now checks-in among the world’s top 25 performances this season.

21-year-old Palm Beach swimmer Moesha Johnson took down a Victorian All Comers Record with her 1500m victory this evening. She touched the wall in 16:36.70, winning the event by over 9 seconds and narrowly taking down the old Vic All Comers mark of 16:36.90 held by Belinda Bennett since 2011.

As this meet also incorporates the World Para Swimming World Series, there were several impressive races in that arena. As a reminder, all events tonight were swum as multi-class races, meaning athletes from all classifications competed in the same event, with the Para-swimmer recording a time closest to their class world record crowned the winner.

Timothy Hodge found success in the men’s S9 50m backstroke and 200m IM, while Liam Schluter was the champion in the S14 200m free.

New Zealand’s Sophie Pascoe took gold in the 50m fly this evening in a new World Record for S9 of 28.15.

boring, going through the motions meet!

thats all you can expect from a LCM meet during February

Since when has Sophie Pascoe been an S9?

She went down at this meet. Totally going to blow up the world records for this class now.

Sure will. She’s an amazing athlete, already holding s10 world records. Will make it almost impossible for Ellie Cole. I guess they have decided her other leg is impacted?