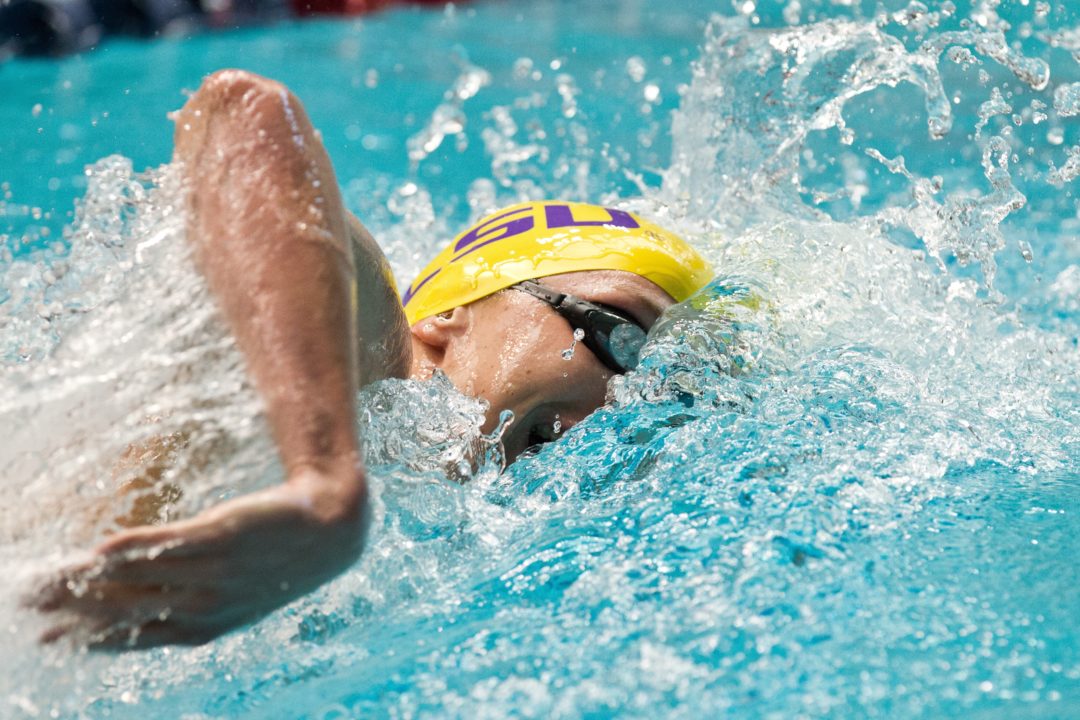 LSU's Craig Hamilton is among 11 British swimmers being sent to Russia for the World University Games. (Photo: Tim Binning/TheSwimPictures.com)

British Swimming and BUCS are sending a roster of 11 swimmers to the 2013 World University Games in Kazaan, Russia. The team will be led by a trio of Olympians in Caitlin McClatchey from the University of Edinburgh, Rebecca Turner from Sheffield Hallam University, and Antony James from Plymouth University.

All three were members of the 2012 Summer Olympics team, but were not selected for the World Championships this summer. That includes McClatchey, who made it to the final of the 200 free and finished 7th.

They’ll be joined by a roster of rising collegiate athletes, including Anne Bochmann from the University of Bath and Craig Hamilton, based out of the NCAA in the United States. Hamilton was 7th at last year’s NCAA (American collegiate) Championships in the 1650 yard freestyle.