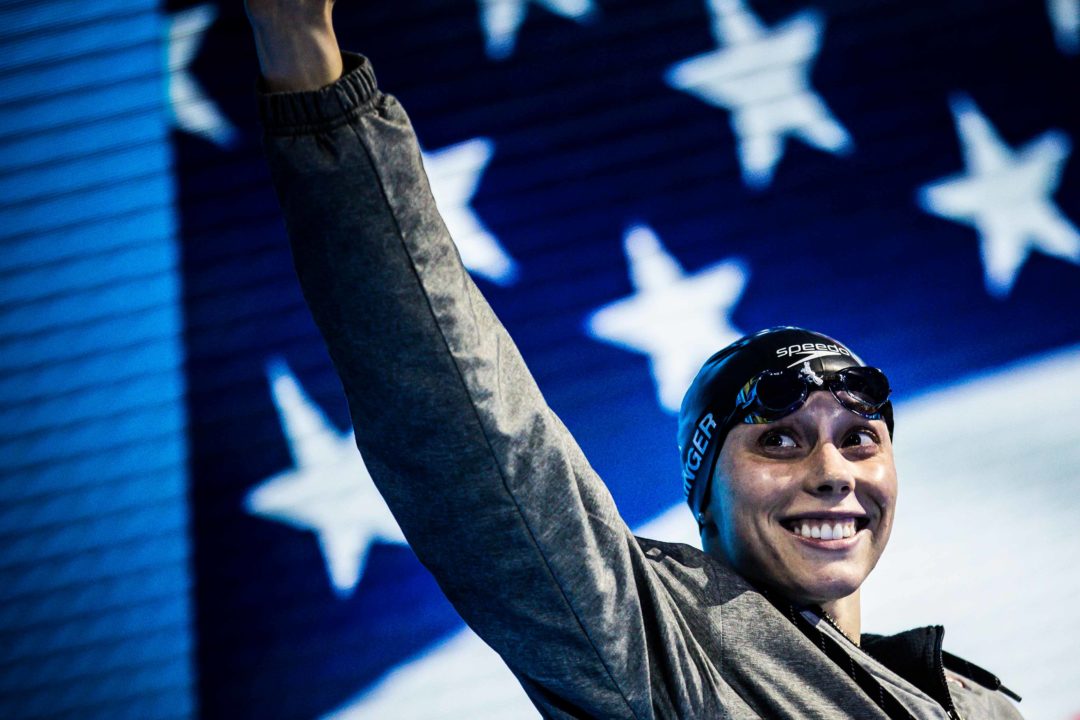 The 800 free was the first of 9 scheduled entries for Flickinger this weekend. Men's 800 free #2 seed Akram Mahmoud has also scratched. Archive photo via Jack Spitser/Spitser Photography

In the women’s race, the biggest scratch is that of the 4th seed Hali Flickinger. Flickinger  hasn’t swum this race more than a couple of times each season since the end of her high school career in 2012, but did post a lifetime best last season in March at the Pro Swim Series stop in Des Moines. Her time of 8:29.96 from that meet ranked her in the top 30 in the world last season, even without a taper swim. Flickinger, who is now training at Arizona State as part of Bob Bowman’s post-grad group, has 8 other entries at the meet. She’s also scheduled for the 200 free, 100 fly, 400 IM, her specialty event the 200 fly, 100 back, 400 free, 200 IM, and 200 backstroke.

Erica Sullivan, Mariah Denigan, and Emma Weyant, all teenagers, are the top 3 seeds in the women’s race.

Also scratching the women’s 800 free is the 8th seed Bella Sims from Sandpipers of Nevada and 10th seed Claire Tuggle from DART. Both Sims, 14, and Tuggle, 15, are Olympic Trials qualifiers – among the youngest competitors eligible for that meet.

The only high-seed scratch in the men’s 800 free is Egyptian swimmer Akaram Mahmoud, who was the 2nd seed behind Zane Grothe. Mahmoud represented his native country at the 2019 World Championships where he finished 19th in his only event, the 1500 free. He currently trains at NC State in the Wolfpack Elite post-grad group.