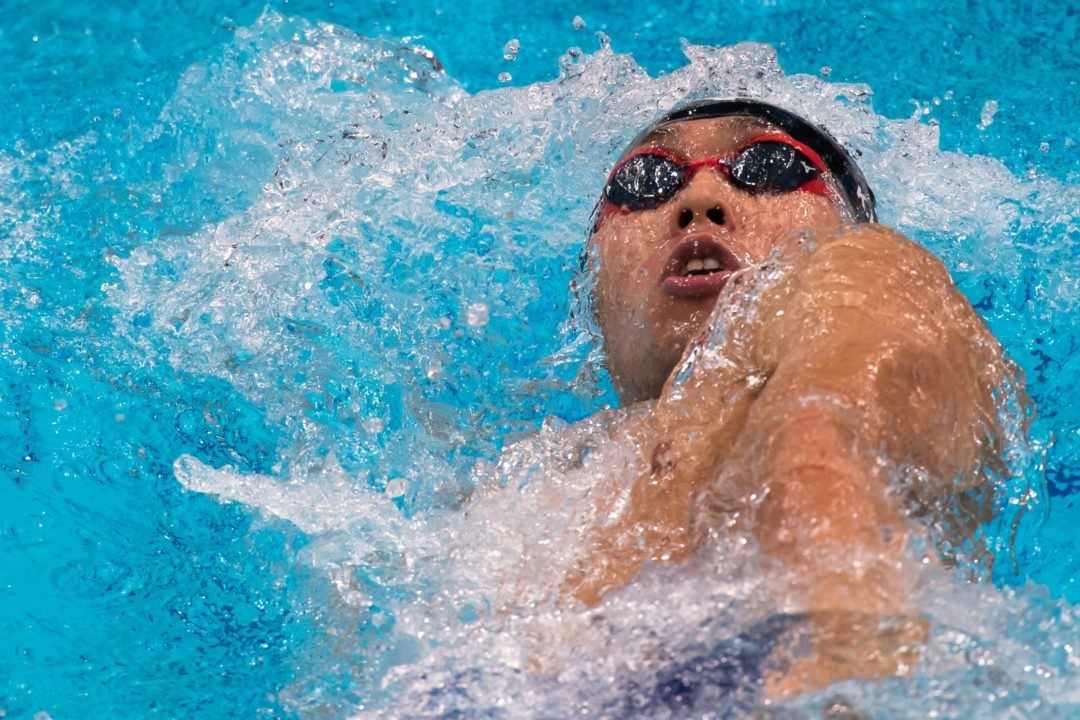 The 2nd annual Japanese Amateur Championships are set for this weekend at Shizuoka Prefectural Pool. Although the meet name implies non-professional athletes, the likes of Kosuke Hagino and Masato Sakai will indeed be pitted against some of the nation’s young, aspiring stars over the course of the 2-day competition.

For Hagino’s part, the 25-year-old’s participation in this meet further solidifies his re-commitment to his swimming career. The Olympic gold medalist had retreated from a training camp in Spain earlier this year, only to eventually pull out of the remaining World Championsips-qualifying competitions.

However, he renewed his mind, body, and spirit, coming back to the pool with a full heart, ready to continue his journey to Tokyo 2020. Hagino has competed at FINA World Cup stop in Tokyo, and also at the Japanese National Sports Festival and is now at this additional long course meet to get more racing under his belt.

In August of 2018, Sakai underwent surgery to address a Ganglion cyst affecting one of his shoulders. The issue caused the swimmer pain and hindered his swimming, rendering Sakai off of the Pan Pacs and Asian Games rosters for Japan.

He also didn’t qualify for the 2019 World Championships, missing out on a chance to improve upon his 6th place finish at the 2017 edition of the biannual elite international meet.

Flash forward to this summer, however, and Sakai busted out his fastest 200m fly time in 2 years while competing at the FINA Champions Series event. There in Budapest, the man fired off a time of 1:55.04 to take silver behind eventual World Record holder Kristof Milak of Hungary. That bodes well for Sakai’s future ability to possibly pair with Daiya Seto to make some waves in Tokyo next year,