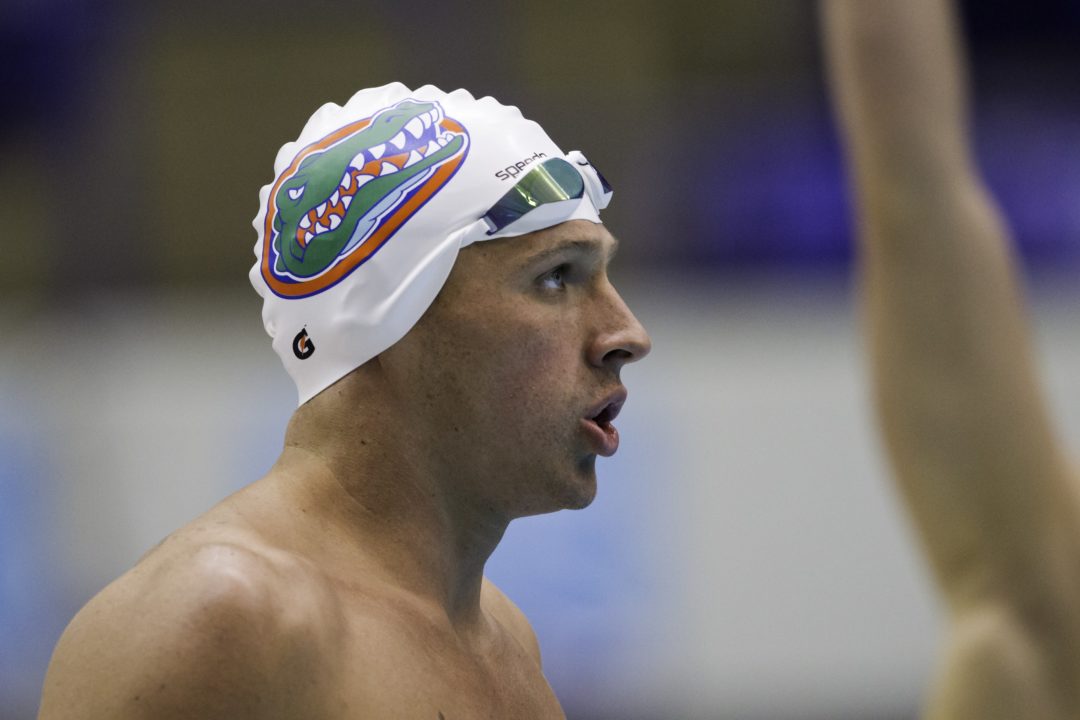 Update: We talked to Matt Grevers later in the evening, and he told us that he changed his mind and...

Update: We talked to Matt Grevers later in the evening, and he told us that he changed his mind and was not scratching the final. Read more about it here.

Ryan Lochte has scratched the 100 freestyle final, despite being the 5th seed in the men’s semi-final.

Lochte’s was not unexpected with a 48.91, as that will avoid a triple with the 200 back and 200 IM semi-finals tomorrow he’ll want to avoid adding a third race before those semi’s.

But Grevers was a bit of a bigger surprise. His 48.71 probably puts him on the relay at least in prelims, but he had a legitimate opportunity at an individual swim here based on his fantastic 100 back final – he dropped almost a second there, which implies that a 48.0 was in reach for him.

We can assume that this means he’s really going after a 200 backstroke. It’s an event he’s played with, in-and-out of, for the last few years, but now he’s all-in.

Both the heats and semis of the 200 Back are before the 100 Free final, so being dead and swimming a 49+ would’ve just hurt his relay chances. Seems like a decent move.

two hotties out. sad day for the 100free

So, if 6 swimmers make the team tomorrow, plus Phelps is on the relay, plus Grevers, and Lochte is looking good enough to put on the 400 free relay…. that makes 9 swimmers for the relay. Any chance they’ll take less than 6 swimmers in tomorrow’s final?

Yeah, hmm, that seems like a couple too many. Grevers should’ve swam this final – assume he could’ve at least been top 6 tomorrow, and then smoked the prelim of the relay in London to get on it in the final. Seems tough to use so many non-finalists.