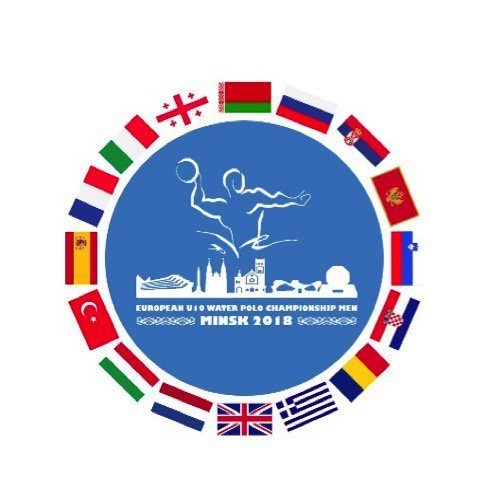 Greek achieved a rare double: in a span of two weeks their U18 team won the world title and now the U19 side clinched the European crown in Minsk after a brilliant victory over Montenegro in the final. Current photo via LEN Media

Greek achieved a rare double: in a span of two weeks their U18 team won the world title and now the U19 side clinched the European crown in Minsk after a brilliant victory over Montenegro in the final and an astonishing 8-0 white-wash of Croatia in the semis. Spain clinched the bronze by beating the Croats – Serbia, 8-time winner in the previous 11 editions, had to settle for the 6th place this time.

Greece won the U19 Europeans for the first time and their great triumph came just two weeks after their U18 side had topped the ranks at the youth world championships in Szombathely (HUN). (The only team in the past capturing these age-group titles in the same year was Italy in 2012.) They enjoyed a brilliant run in Minsk, edged out Italy in the quarters with a goal scored 24sec from time (9-8). Then came one of the most extraordinary match ever played in the long history of the event: the Greeks shut out Croatia in the semi-finals, something barely happens even against lower key opponents. Here they did win 8-0 (the bewildered Croats missed two penalties) and faced Montenegro in the final.

The Montenegrins pushed aside Hungary in the QF (11-9), then beat Spain in a thrilling 10-round shootout and enjoyed a great opening period in the final while taking a 5-3 lead. Though the Greeks couldn’t repeat their truly outstanding defensive play after the semis, still, in the middle two periods they hit back with a 4-9 run to build a 9-12 lead before the last period. And soon they went 4 goals up and never looked back, though Djuro Radovic – played in the senior team at the Europeans in Barcelona – netted two more goals (had 5 in the game) but his team couldn’t come any closer.

Greece, led by Konstantinos Gkiovetsis, also scoring 5, remained unbeaten in the tournament – indeed they caught the Montenegrins for the second time after downing them 8-6 in the group – and offered the most balanced performance during the week. Four players were part of both golden marches: the Chalyvopoulos brothers Aristeidis and Ippokratis, Dimitrios Dimou and Efstathios Kalogeropoulos.

Spain was one shot away to set up another final with Greece after these two nations had already clashed for the U18 world title two weeks ago. However, Luc Bertran, arguably the brightest prodigy of Spanish water polo, couldn’t beat the goalie in the 8th round of the penalty shootout – had he scored that would have sent Spain to the final as the Montenegrins made the first miss. Milos Krivokapic made the crucial save, then in the 10th round he came up with another one and that secured his team’s berth in the gold medal match.

The Spanish supporters didn’t have too much calm in the knockout phase: their team was already entangled in a shootout which it won against Serbia in the quarters. Then, in the bronze medal match, it was another nailbiter against Croatia but this time the Spaniards prevailed by a single goal, though the Croats had one last man-up to force another penalty roulette but missed it.

As for the other European powerhouses, Serbia had to see another age-group side leaving the championship empty-handed (U18: 4th, U19: 6th), just like Italy (both teams finished 5th), while Hungary needed to settle for a disappointing 7th place (the Magyars had a bronze at their home Worlds).