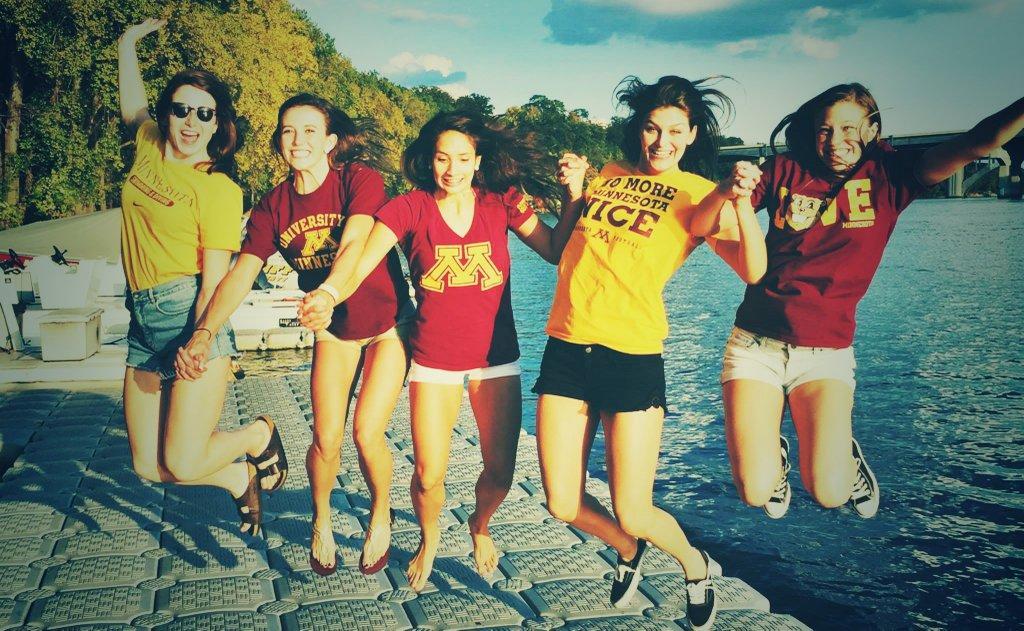 Zoe Avestruz (in the middle in the above picture) has verbally committed to swim for the Golden Gophers, filling a big backstroke need for the Big Ten powerhouse. Current photo via Zoe Avestruz (@zozeea) on Twitter

The Minnesota Golden Gophers picked up arguably their biggest in-state verbal commitment this weekend, with Chanhassen High School’s Zoe Avestruz announcing her decision to stay within the state’s borders.

Most notably, Avestruz is within striking distance of the Minnesota state record in the 100 back, a mark set by future Olympian and Cal star Rachel Bootsma.

“I chose the Gophers because it gave me an opportunity to go to a good school while giving me a feeling of home,” Avestruz said of her in-state commitment. “I knew that I wanted to help represent the state I live in.”

That’s a huge pickup for Minnesota in the backstrokes. After graduating former Big Ten champ Tess Behrens (yet another Aquajet) last spring, the Gophers’ most significant hole this season is in the stroke. But the arrival of Avestruz should give them an immediate plug-and-play contributor beginning next fall.

She’s also the reigning Minnesota state champ in the 100 fly. She’ll join Gopher freshman Danielle Nack in that event – Nack was the best in-state prospect coming out a year ago and has just started her Gopher career. That makes up two solid legs of the medley relays moving forward.

The Golden Gophers also got a commitment from in-state breaststroker Olivia Johnston this weekend, as the defending Big Ten champs have done very well in defending their home turf this recruiting season.

Whatever Minnesota is doing this fall for recruiting is working. Stacked incoming class for the Gophers

It seems like they are really locking down their home state, which is HUGE for these large state universities. Minnesota is probably a little underrated as far as the amount of high level swimming that goes on in high school and club swimming.