German Open Kicks Off On Friday In Essen 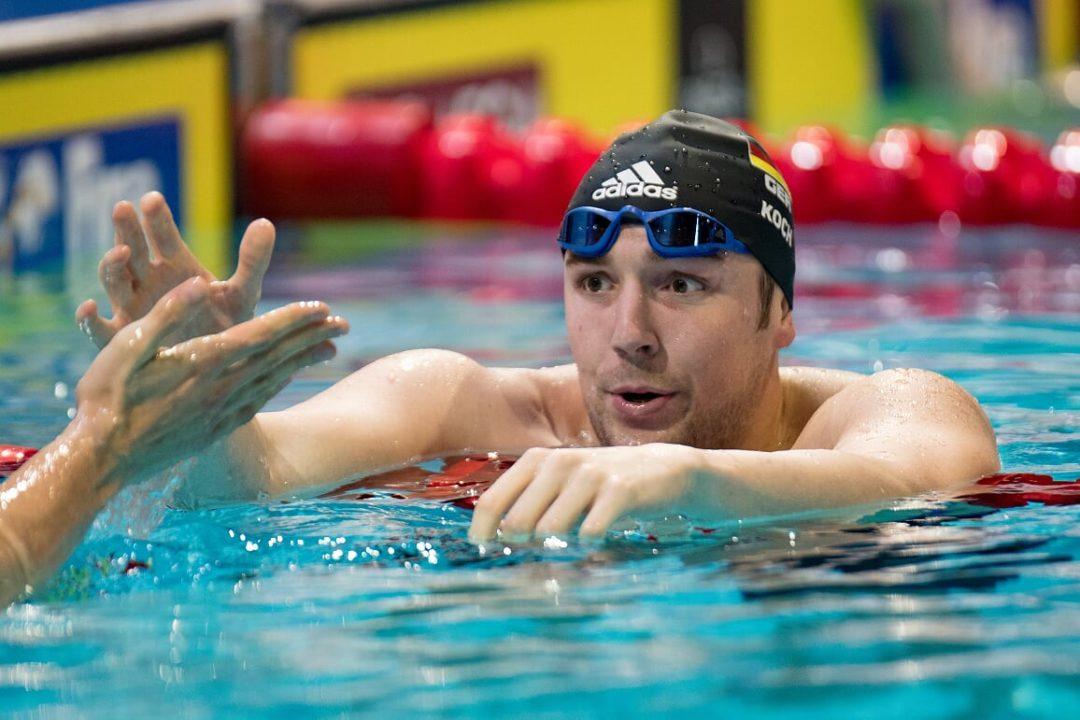 Although the 29-strong German roster for this summer's World Championships in Gwangju, Korea, was already announced, there is still a possibility for swimmers to gain last-chance bids in individual events. Archive photo via Kevin Reust

You can read our SwimSwam Germany preview here.

Although the 29-strong German roster for this summer’s World Championships in Gwangju, Korea, was already announced, there is still a possibility for swimmers to gain last-chance bids in individual events.

Marco Koch, Reva Foos, Poul Zellmann, Damian Wierling, Marie Pietruschka and Jessica Steiger are among those on the entry lists for this weekend’s competition. Of the aforementioned, only Koch has qualified to race individually in Gwangju, having been named to the German lineup in the men’s 200m breaststroke. The remaining names are all designated as relay swimmers, for now, but will try to change that designation with swims this weekend.