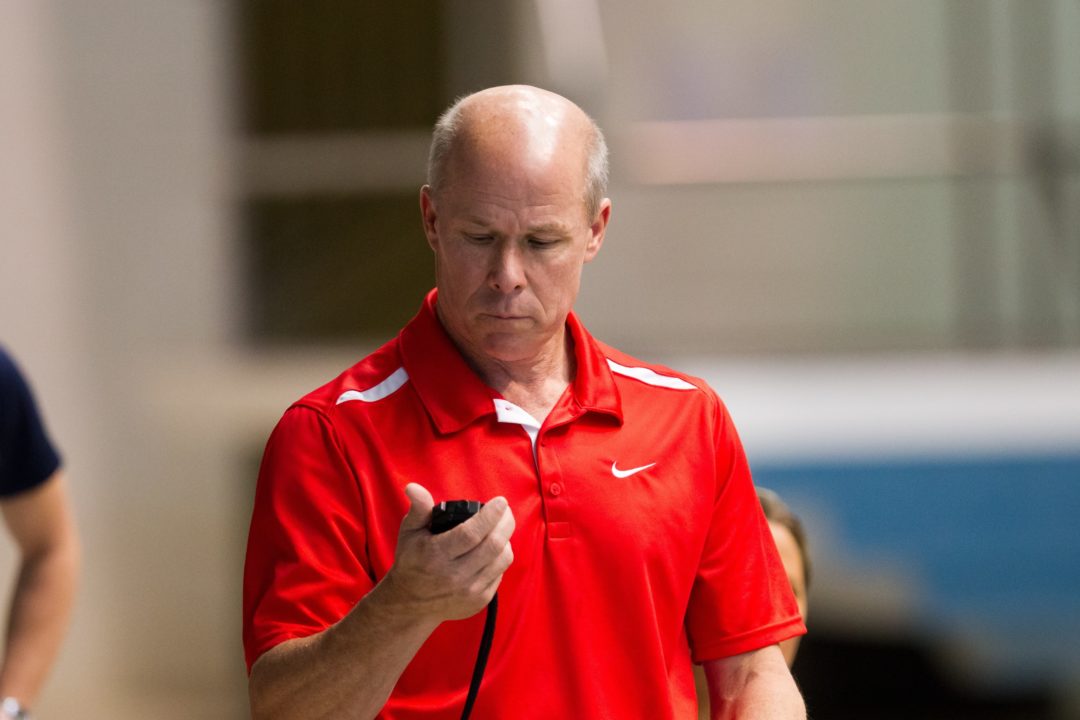 There is still a lot of mystery, a lot of rumor, and a lot of general head-scratching about the continued... Archive photo via Tim Binning/TheSwimPictures.com

There is still a lot of mystery, a lot of rumor, and a lot of general head-scratching about the continued absence of Georgia head men’s and women coach Jack Bauerle, but today we were able to get confirmation of at least one fact: Bauerle will “not be with the women’s team in Minneapolis or the men in Austin,” according to a team spokesperson, who also said that there was “no change in his status.”

We do know, according to several confirmed sources, that Bauerle does have his own attorney in this matter. That indicates that things have progressed beyond a simple internal investigation, and jives with the fact that almost three months later, there hasn’t been any conclusion to the matter of Bauerle’s suspension, nor any additional information released.

This status for NCAA’s is different for that employed at the SEC Championships. At SEC’s, Bauerle was allowed on deck during warmups, and then had to move either to his office (Georgia hosted that meet) or into the stands during the competition.

Very unfortunate. I hope this ends well for him.

Depending on the situation, both or all parties may need to retain an attorney as a matter of course. At that point, all or most communication stops until the situation is resolved. Hopefully the process continues and any issues get resolved quickly and amicably. Unfortunately, it looks like things are on a wait and see basis until the process is complete. If there was something terrible going on, Jack would already be gone, period. Looks, to me, like an obscure NCAA rules violation pulled from the many pages of NCAA rules and regulations. Let’s get this resolved quickly, so Jack can get back on deck to let Jack do what Jack does best.

Always such a sad sight to see sides lawyer up, and then the lawyers “manage” the conflict by portraying it. Worst day of an attorney’s life is to see a dispute resolved. I too pray to see Coach back on thr desk where he belongs.