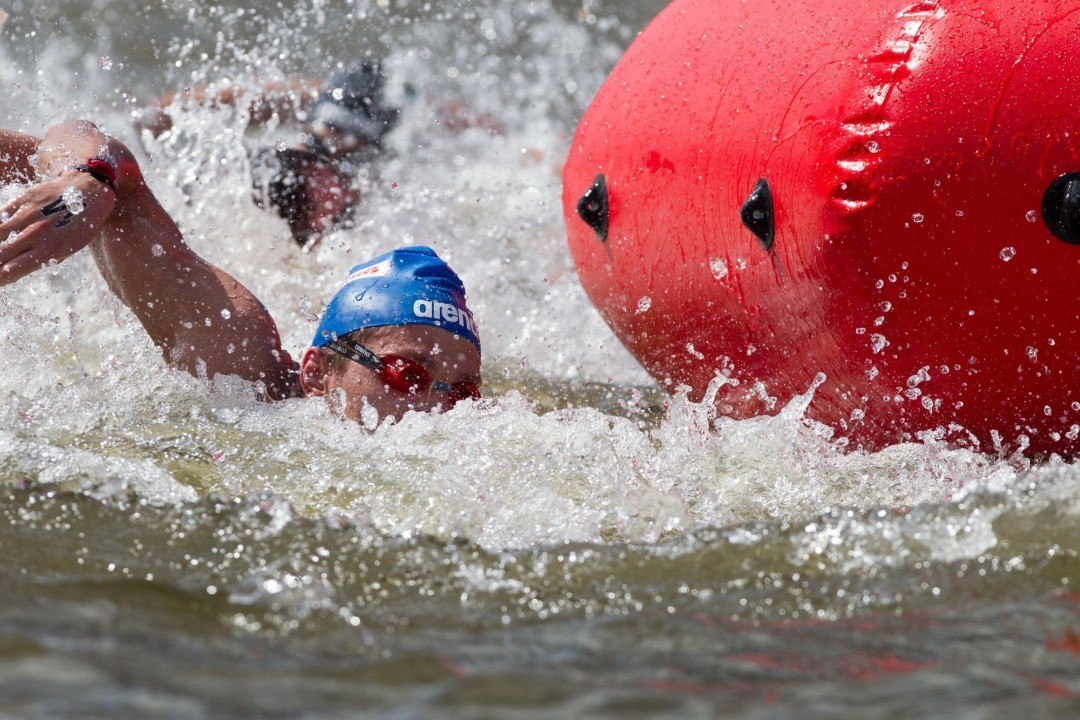 An untimely disqualification on first finisher Andrew Gemmell pushed Dutch swimmer Ferry Weertman to the top of the standings in the men's 10K at the 2016 U.S. Open Water Nationals. Stock photo via Tim Binning/TheSwimPictures.com

An untimely disqualification on first finisher Andrew Gemmell pushed Dutch swimmer Ferry Weertman to the top of the standings in the men’s 10K at the 2016 U.S. Open Water Nationals.

(*Update: USA Swimming has overturned Gemmell’s DQ and reinstated him as national champion. You can read more about it here.)

Gemmell originally finished the race as the unofficial national champion, but a tweet from USA Swimming Live suggested he may have been disqualified for a time chip falling off during his race. The full saga as told by the USA Swimming twitter account:

.@ADGemmell may have been disqualified for a time chip falling off during his race. Update to come soon. #OWNats

The officials ruling is final. Ferry Weertman of the Netherlands is the official winner of the men's 10K. #OWNats pic.twitter.com/OaQpbOrWWp

Weertman was the silver medalist at last summer’s World Championships, and won this race in 1:53:55.111, just four tenths ahead of Tunisia’s Ous Mellouli (1:53:55.569). Mellouli, competing for Mission Viejo, is the reigning Olympic champ in the event.

The top American finisher was Alex Meyer of Tennessee Aquatics at 1:53:57.401. Meyer also finished 3rd at Open Water Nationals last year, missing a shot at an Olympic berth by just a few thousandths of a second. Sean Ryan, who beat out Meyer for that spot in 2015, was 8th overall in 1:54:12.252.

You can view the full finish order below:

how is losing a timing chip a DQ?

Cause of the rules. If losing a chip we’re supposed to get a new one from an official in a boat. Chips are usually very hard to lose.

Where can I find results for all participants?

asdf – they should make their way to the USA Swimming site eventually. We’ll be updating with links when we have them, too.