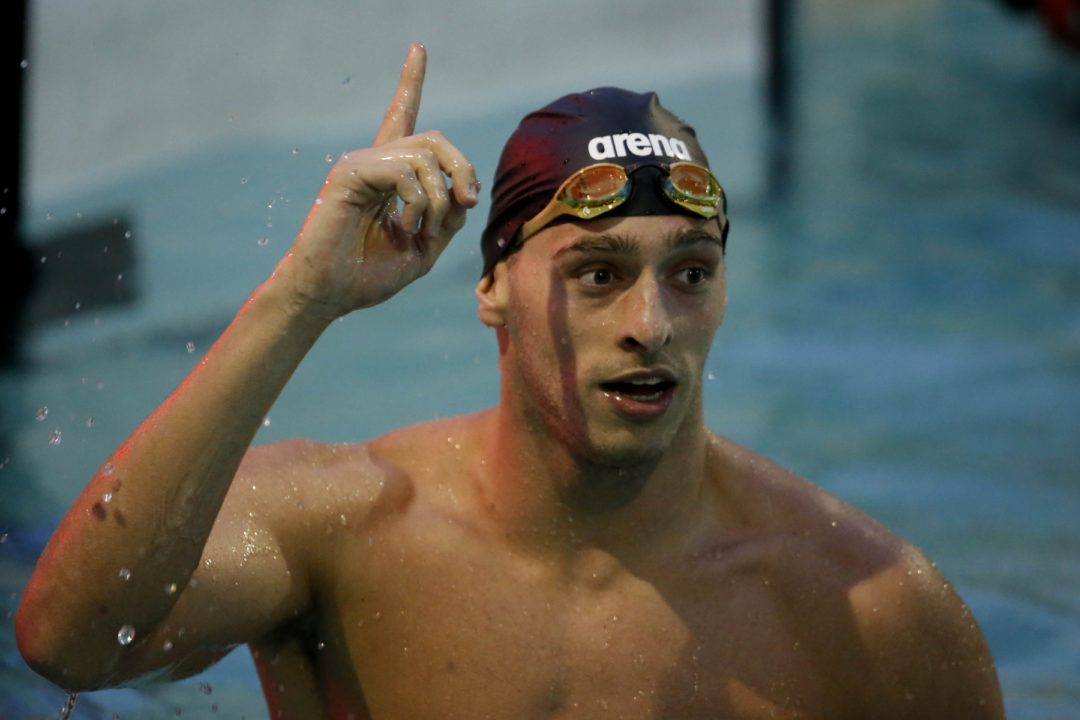 Swimming for team Argentina at the 2020 Brazil Trophy, Gabriel Morelli improved upon his own national record in the 200 breast with a 2:12.56. Current photo via Satiro Sodre/SS Press

Swimming for team Argentina at the 2020 Brazil Trophy, Gabriel Morelli improved upon his own national record in the 200 breast with a 2:12.56. That swim for Morelli was 0.27 seconds off his previous mark of 2:12.83 which he set at last year’s 2019 Pan American Games in Lima, Peru.

Those two swims are Morelli’s only two times under 2:13 in the event with his third-best ever swim sitting at 2:13.64 from prelims at Pan Am Games.

The swim for Morelli is the 20th fastest time in the world this year, placing him behind Finnish Matti Mattsson’s 19th place performance of 2:11.81 from last month, knocking Savvas Thomoglou of Greece to #21 with his February swim of 2:12.57.

Morelli was the fastest 200 breaststroker at the Brazil Trophy this year but didn’t reach the podium as the meet reserves medals for those representing Brazilian teams.

In the 200 breast, Andreas Mickosz and Felipe Silva swapped places from the 100 wherein Silva came first and Mickosz was second. Here, Andreas Mickosz topped the podium with a 2:13.82 which is a decent best time in the event, improving upon his 2:15.93 from 2019.