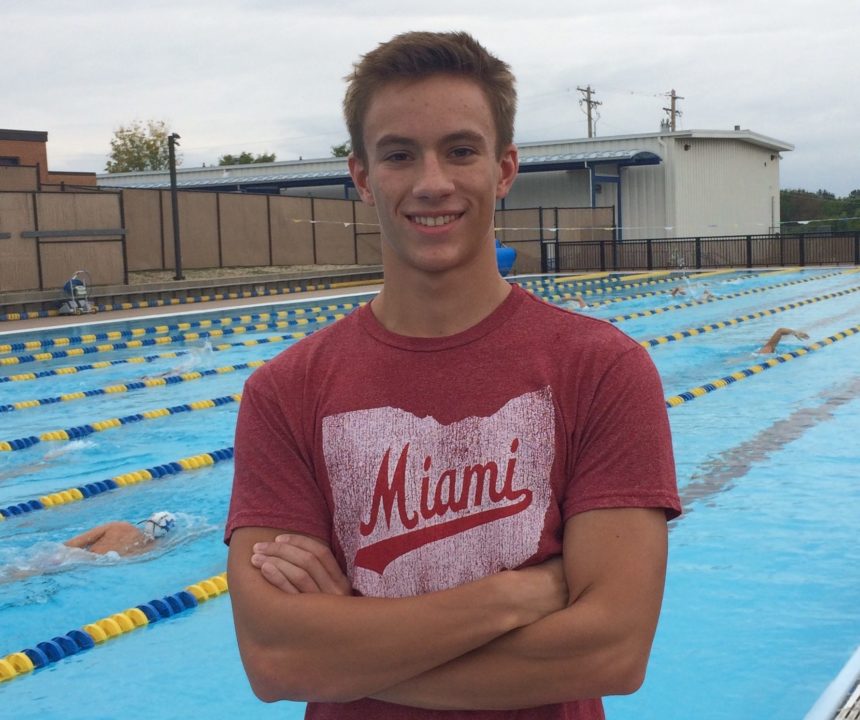 Nick Wamsley of Rockwood SwimClub has made a verbal commitment to swim for Miami University in 2018-19. Current photo via Mary Liston

Nick Wamsley from Pacific, Missouri has made a verbal commitment to swim for Miami University in Oxford, Ohio next fall. Wamsley will join fellow commit Ryan Sego in the RedHawks’ class of 2022.

“I’m so excited to announce my verbal commitment to Miami University! I have an enormous amount of faith in Coach Hollie’s plan for the team and I know I will be surrounded by highly motivated student athletes. Watch out MAC championships, the RedHawks are coming!”

Wamsley, who is homeschooled, won a New American University Scholarship to Arizona State University at the Intel International Science and Engineering Fair (Intel ISEF) in 2016 for his work entitled, “Creating an Organic Pesticide to Save the North American Ash Trees.” (The renewable scholarship would have covered a portion of his costs for each of his four years at ASU had he decided to attend the university.)

Wamsley swims for Rockwood Swim Club, where he specializes in sprint free and fly. He had a solid junior year, improving in his best events in both SCY and LCM. At Winter Juniors West, he competed in the 50 free and 100 free, going lifetime bests in both. He also notched a new PB in the 100 fly. Likewise, at the NCSA Summer Championship in August, he went best times in the 50/100/200 free and 100 fly, and made the D final in the 50 free.