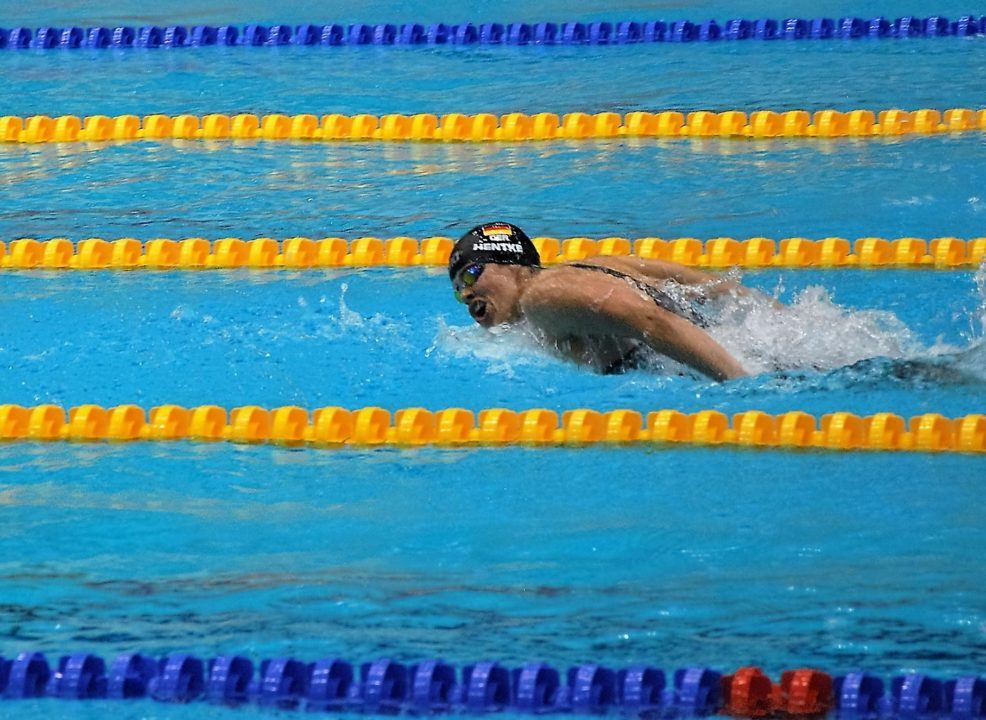 The German qualification period for the European LC Championships 2018 will expire on April, 29th.
The German Open offers one last good chance to compete against other fast German swimmers in the fast pool in Berlin. The battle for the relay spots will continue and also swimmers like Marco Koch, Lisa Graf, Christian Diener and Franziska Hentke will try to qualify for a spot on the team.The German nomination procedure requires special times in a prelim’s and a final’s race at the same competition. Franziska Hentke swam the 200m butterfly in the morning and was clocked at 2:07,32 (qualification standard: 2:09,21). This is her season best time, she remains on the 4th rank in the 2018 global ranking. Also Damian Wierling, who is pre-qualified already in the 50m freestyle, cracked the U23 norm (swimmers born 1996 or later) on the double dis2018 tance in 48,76 (standard: 48,93). And backstroke specialist Christian Diener stayed under the required time in the 200m, he touched the wall with a time of 1:56,92 (standard: 1:57,58) and made it under the top 10 in the actual world ranking. On the women’s side, Lisa Graf cracked the nomination standard in the 200m backstroke in 2:09,71.

Fastest women in the 100m freestyle was Reva Foos, racing to a 55,22. She is the second fastest German woman in this event during the qualification period behind Annika Bruhn and a candidate for the 4x100m freestyle relay.

Damian Wierling wasn’t able to better his time from the morning heats, he won the 100m freestyle in 48,95.

Jessica Steiger out-touched Vanessa Grimberg in the 100m breaststroke. Steiger was again under 1:08, she was clocked at 1:07,75 and can hope for a spot in the 4x100m medley relay.

Fabian Schwingenschlögl is a male candidate for the 4x100m medley relay, he is the only German swimmer who was faster than 1 minute in the 100m breaststroke in 2018. He finished first in the A final with a time of 1:00,38.

Lisa Graf took her chance in the final and surpass the norm in the 200m backstroke with her winning time of 2:08,23.

Christian Diener wasn’t as fast as in the heats and missed the qualifcation standard with his time of 1:57,06 (standard 1:56,37).