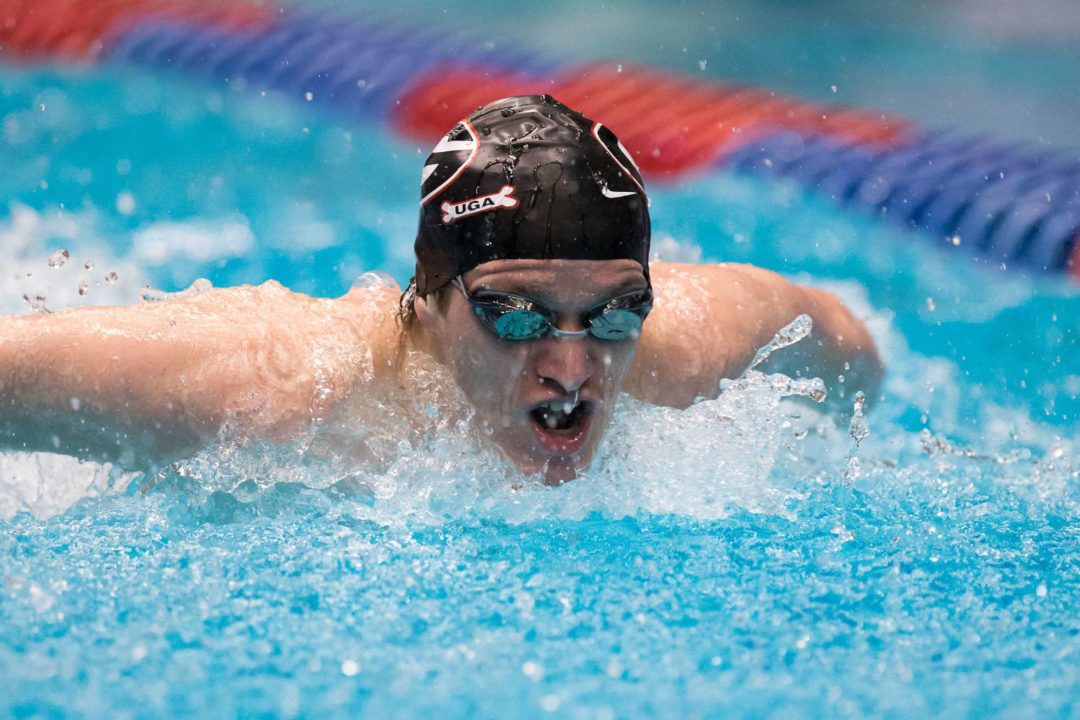 Four swimmers, including Olympian Andrew Gemmell, have been nominated for the prestigious McWhorter Scholarship. Archive photo via Tim Binning/TheSwimPictures.com 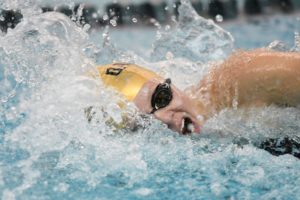 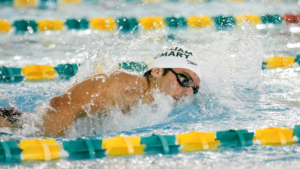 A total of 4 swimmers have been nominated for McWhorter Scholar-Athlete-Post-Graduate Scholarships by their respective SEC institutions as schools presented their bests for the award earlier this month.

Every year since 1986, the SEC has named one male and one female athlete as the winners of the H. Boyd McWhorter Scholarship, which is a $15,000 post-graduate scholarship given based on athletic and academic accomplishments. In addition, the nominees from each of the conference’s 13 institutions who don’t win the full award will receive $7,500 scholarships, so even a nomination results in a significant contribution toward continuing education.

Each school gets one male and one female nominee among all of their student-athletes, and this year there have been four swimmers nominated by their respective institutions.

Auburn has nominated senior sprinter TJ Leon, who is a captain of the Auburn team, as their male honoree. He is a five-time All American, has a cumulative 4.0 GPA, and is planning on attending medical school after a December, 2014 graduation.

And then there’s Georgia – a program that has had some academic issues this year, including an NCAA investigation, but who continues to rack up academic awards. After taking both of the NCAA Elite 89 awards (highest GPA by NCAA Championship participants this year), they’ve also earned both of the athletic departments nominees for the McWhorter Scholarship.

Andrew Gemmell earned the men’s nod. He’s an economics major and has been involved in many leadership organizations as a student-athlete. That includes being a student-athlete representative on the UGA Athletic Association Board of Directors; being a team captain, and being named to the Student-Athlete Advisory Committee. Athletically, Gemmell was 6th at NCAA’s in the 1650 free, was a 2012 U.S. Olympian competing in the 1500 meter freestyle, and is a member of the 2013-2014 USA Swimming Open Water National Team.

His counterpart nominee, with perhaps the longest resume of any nominee for this award, is Shannon Vreeland. She’s a double major in Economics and International Affairs, who plans to graduate in December 2014.

She is a team captain, a Kansas City Sports Commission Sportswoman of the Year, an American, U.S. Open, and NCAA Record holder, a World Champion in the 400 free relay, a Golden Goggle Award winner, a member of the Student-Athlete Advisory Committee, and holds a fistful of NCAA All-American awards. She was also a big reason why the Georgia women won back-to-back NCAA team titles in her last two seasons, especially in 2014 after the team graduated their two biggest stars and looked to Vreeland for leadership.

Full bios for the swimming nominees are below. Last year’s recipients where Barrett Jones, an Alabama football player, and Chelsea Oswald, a member of the Kentucky track & field team.

TJ Leon, Swimming & Diving•    Pre-Medicine major in Biomedical Sciences who is on target to graduate in December 2014•    Member of Omicron Delta Kappa and Phi Kappa Phi•    Named to the SEC Academic Honor Roll•    During his three years in the College of Science and Mathematics, Leon has been named the Outstanding Student three times•    Holds a 4.0 cumulative GPA and is the recipient of the Stanley Louis Sugar Memorial Scholarship Award for the highest GPA of any student-athlete on Auburn’s swimming and diving team•    Plans to attend medical school after graduation•    Four-year letter winner for the Auburn swimming and diving team•    Member of the Tigers’ 2013 NCAA Champion 200 freestyle relay team•    Served as Auburn’s team captain during the 2013-14 season•    Has been a part of two SEC Championship squads (2011, 2012) and is a five-time All-American•    Has won four SEC titles swimming on Auburn’s 200 freestyle relay team and turned in his best career time in the 50 freestyle, 100 freestyle, and 100 butterfly at the 2014 SEC Championships•    Competed at the 2012 Olympic Trials and swam at the NCAA Championships during all four years of his Auburn career

Julia Kucherich, Swimming & Diving, Arkansas•    Kinesiology / Dietetics major and on track to graduate in May with her undergraduate degree•    Contributed to a highly successful swimming and diving program both academically and athletically during her time at the University of Arkansas•    Selected CSCAA Honorable Mention Scholar All-American in 2011, 2012 and 2013•    Named to SEC Academic Honor Roll in 2012 and 2013•    Named to SEC First Year Honor Roll in 2011•    Made the University of Arkansas’ Dean’s List in Fall 2010, 2011, 2012 and 2013 and in Spring 2012 and 2013•    Aided Arkansas swimming and diving in achieving the second-best GPA in the SEC and the ninth-best GPA in the country in 2013•    Competed at the SEC Swimming and Diving Championships during each of her four years at Arkansas•    Contributed points to Arkansas’ SEC Championship finishes in the 400 individual medley during each of her four seasons and scored points in the 1,650 freestyle during the final three seasons of her career•    Helped Arkansas to a 9-1 dual-meet record and was an active member of the team during Arkansas’ longest consecutive dual meet win streak in history, recording 14 wins from Oct. 26, 2012 – Nov. 9, 2013•    Served as a captain of the team during the 2012-13 season•    Qualified for the 2012 U.S. Olympic Trials in both the 200-meter backstroke and the 400-meter individual medley