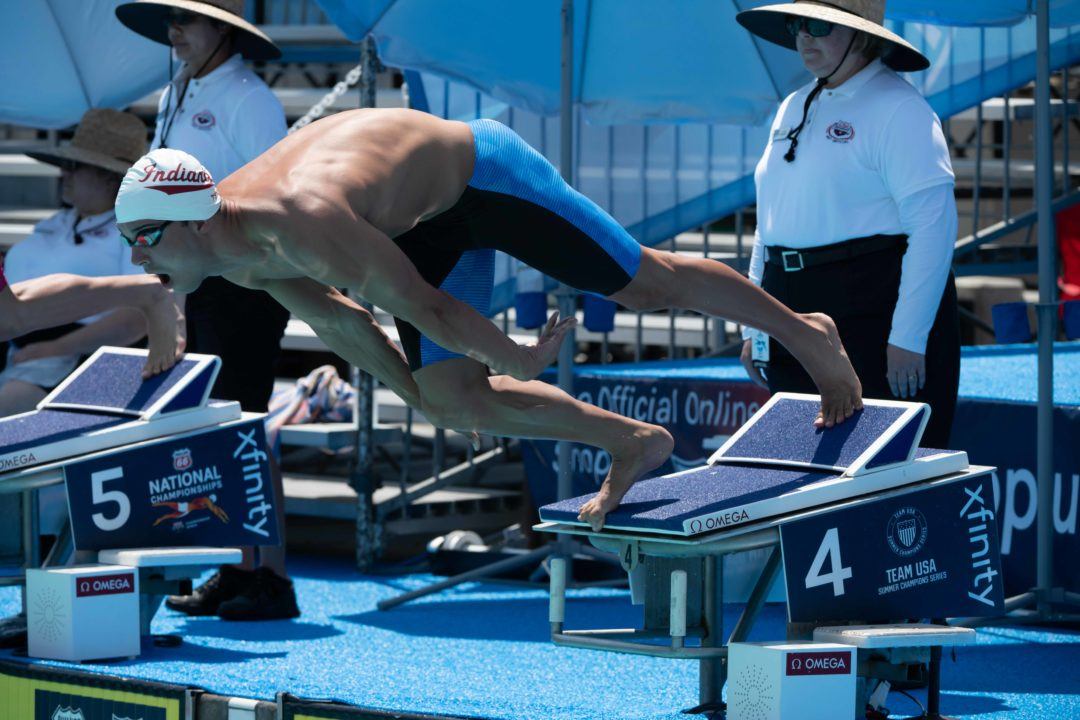 Brock Brown was one of four swimmers to go under an NCAA 'B' cut at Indiana's 1st Chance Meet, improving his 100 breast season-best down to 53.52. Archive photo via Mike Lewis/Ola Vista Photography

Four swimmers hit NCAA ‘B’ cuts while competing at the 2020 1st Chance Meet hosted by Indiana, three of them being Hoosiers.

Wisconsin’s Brendan Eckerman was the other swimmer to go under a ‘B’ cut for the first time at the two-day competition in the men’s 200 breast, hitting a 1:58.19 in the final to sneak under the 1:58.43 standard. The freshman had first gone a best time in the prelims before lowering it in the final, touching in 1:59.50 in the morning which marked his first time sub-2:00. He came into the meet with a PB of 2:01.94 from November.

Brown went on to win the final in 53.91, with his teammate Andrew Couchon, a sophomore, also under the cut in second in 54.05. Couchon had already been under this season as well, going 52.92 at the UT Invite in November.