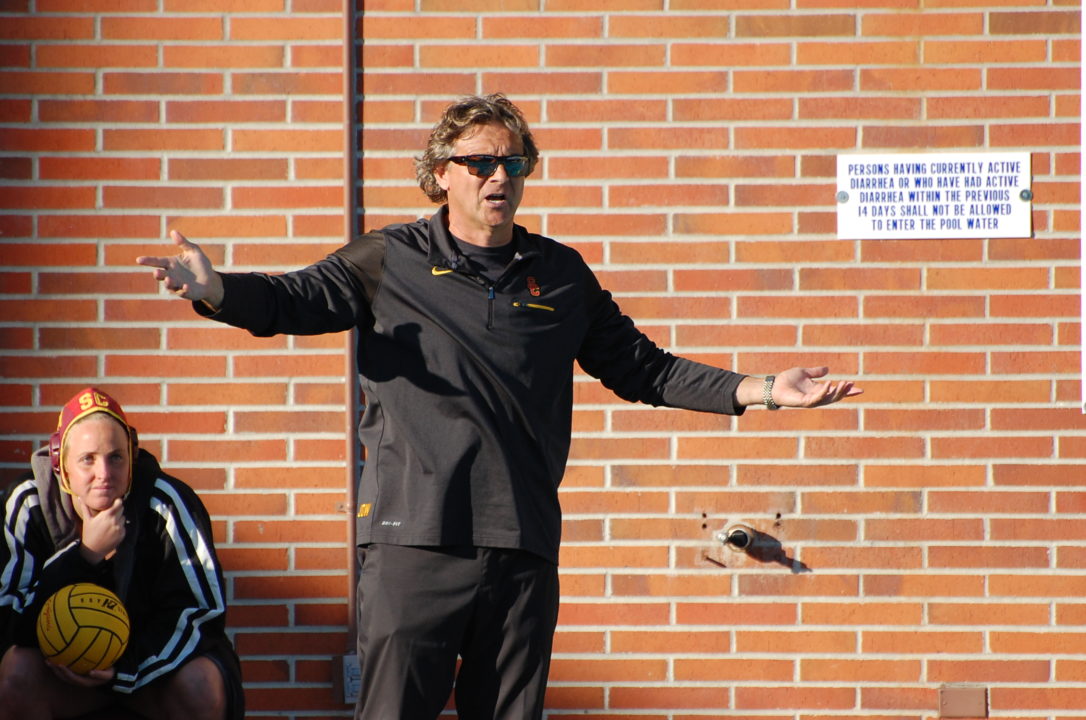 A judge has denied Jovan Vavic's dismissal request and ordered him to prepare for trial alongside 4 other "Varsity Blues" scandal defendants. Archive photo via Anne Lepesant

Former USC head water polo coach Jovan Vavic was one of 5 defendants in the “Varsity Blues” scandal whose dismissal request was denied in early July, as the judge ordered them to prepare for trial.

As of right now, Vavic and the other 4 defendants in this group do not have a set trial date, but they submitted their proposed jury instructions on July 29th. Vavic also has an interim status conference scheduled for November 11th.

Vavic, who was the head coach of both the USC men’s and women’s team, was charged on March 12th alongside the former USC assistant athletic director Donna Heinel. Vavic and Heinel were officially fired by USC in March for allegedly participating in the “Varsity Blues” college admissions and testing bribery scandal that helped students cheat entrance exams and the admissions process. You can read our detailed story covering the scandal here.

Vavic, specifically, is accused of accepting $250,000 in bribes from scandal organizer William Rick Singer along with payment for private school tuition for his children, 3 of whom have played water polo for the Trojans. In exchange, Vavic allegedly arranged the acceptance of two USC applicants as water polo recruits who did not actually play water polo.

At a federal court hearing in Boston in March 2019, Vavic’s attorney, Koran Bell, maintained that Vavic had no relationship or knowledge of the other defendants’ actions in the scandal.

What will sports history remember?
The water polo dominance, or, the allegations?

How do people remember Joe Paterno?

as a pervert, which has nothing to do with this case

I only know of him due to the scandal. I do not follow waterpolo like most people. I bet many did not even know that the school had a waterpolo team before this scandal.

He should certainly get no sentencing longer than the wealthy, privileged individuals that paid Singer the dollars to make this happen. Five weeks to five months should suffice if in line with others. It’s a travesty how the wealthy seem to escape accountability for lies and crimes in this ongoing admissions scandal.

Sad story for sure – Best wishes to Coach Vavic. Wow Coach of the Century in Men’s Polo!

Dear “Lady” – I hope Vacic pays for his crimes with a long jail time. By the way, your screen name is misleading – remove Lady, as women are not this stupid. You are a male and you are lame. Wow, I just realized male is an anagram for lame.