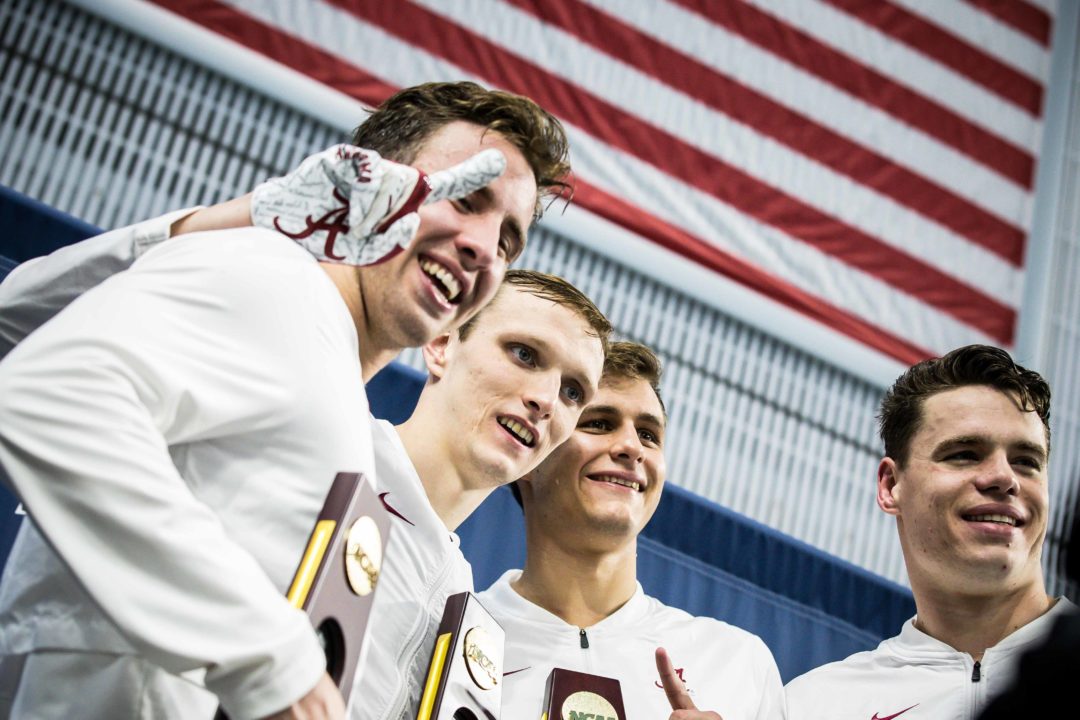 While most of the big-name Division I head coaching positions have been filled this offseason, the vacancies many of those new head coaches left behind are still shaking out, and sources have told SwimSwam that Florida State assistant coach Ozzie Quevedo will be making the move to Alabama to become the associate head coach under newly-hired Coley Stickels.

It’s worth noting that Quevedo, an Auburn alum, will now find himself on the other side of one of biggest intrastate rivalries in college athletics. While a swimmer at Auburn, Quevedo helped the Tigers to a NCAA title in 1999 and was on a US Open Record-setting 200 free relay. Quevedo is a native of Venezuela and swam the 100 fly and the 400 free at the 2000 Olympic Games in Sydney.

Quevedeo coached at the club and high school level after graduating before heading back to Auburn in 2013 under former teammate Brett Hawke. He left Auburn in 2016, and has spent the past three seasons at FSU as an assistant coach under Neal Studd.

As far as we know, this is Stickels’ first hire since he was named head coach about six weeks ago after serving on the Indiana University staff. Quevedo worked with some of the professionals at Auburn during his stint there, and he’s likely to do the same at Alabama, as several post-grads, including Ryan Held and Margo Geer, have announced that they’ll be following Stickels to Alabama.