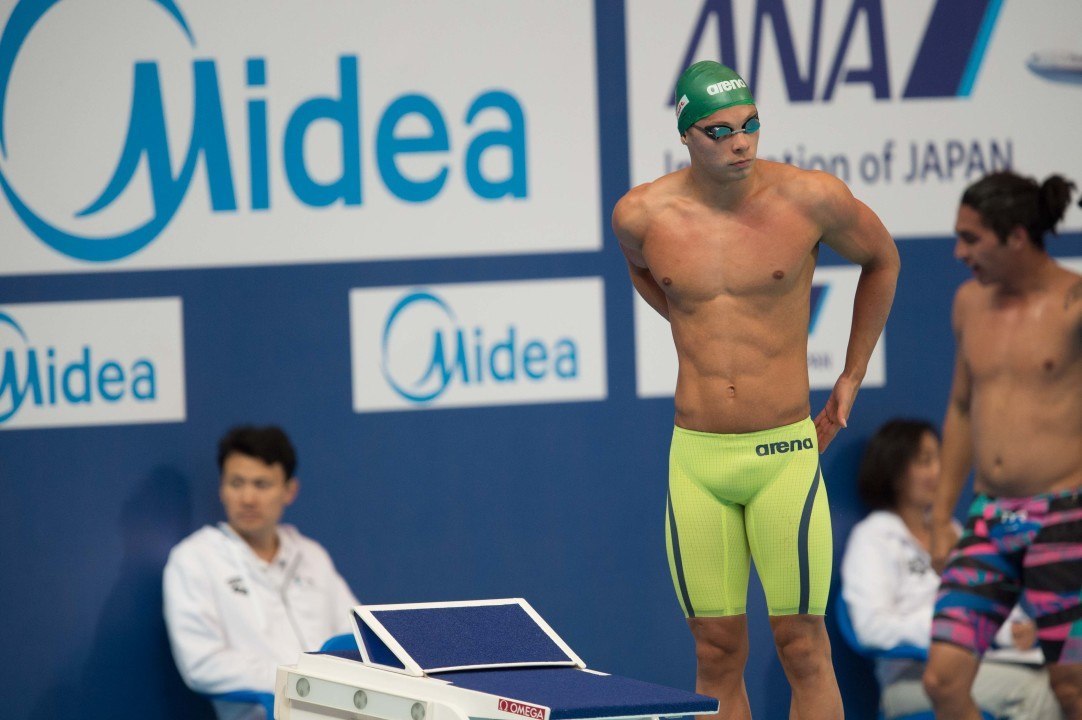 The 24-year-old former ASU Sun Devil hammered out a morning 50m fly time of 23.58 to take the top seed and clock a lifetime best. Prior to this meet, Duskinas’ career-fastest rested at the 23.72 registered back in 2014, and matched again at the 2017 Lithuanian Open Championships, which stood as the previous national record.

Although he would end up being slightly slower this evening, Duskinas still took the event title in a time of 23.85. That held off Deividas Margevicius, who settled for silver in 23.99, while another former NCAA standout, Simonas Bilis, took bronze in 24.55.

For Duskinas, his effort of 23.58 clears the FINA A cut of 23.66 needed for this summer’s World Championships and also ties 3 other men in slot #23 of the fastest performers in the world this season.

Andrius Sidlauskas registered a season-best effort of 1:00.01 to win the men’s 100m breast by exactly 3 seconds. The 22-year-old World Championships semi-finalist sliced .17 off of his previous fastest of the year, which stood at the 1:00.18 hit in Alytus last month.

Another notable performance came from Erikas Grigaitis. The teenager pounded out a new Lithuanian National Age Record for 17&U, first with his morning outing of 56.75. That overtook the previous mark of 56.84 held by Paflidi Arijus from just March of this year.

Come tonight’s final, Grigaitis found even more energy, blasting a lifetime best of 56.58. That lowered his newly-minted Age Record and gave him the gold tonight in Kaunas.

On the women’s side, visiting swimmer Natassia Karakouskaya of Belarus clrared the women’s 50m fly field in the only mark under 28 seconds. Clocking 27.48, Karakouskaya topped the podium just off her 2019-best of 27.19 from last month.