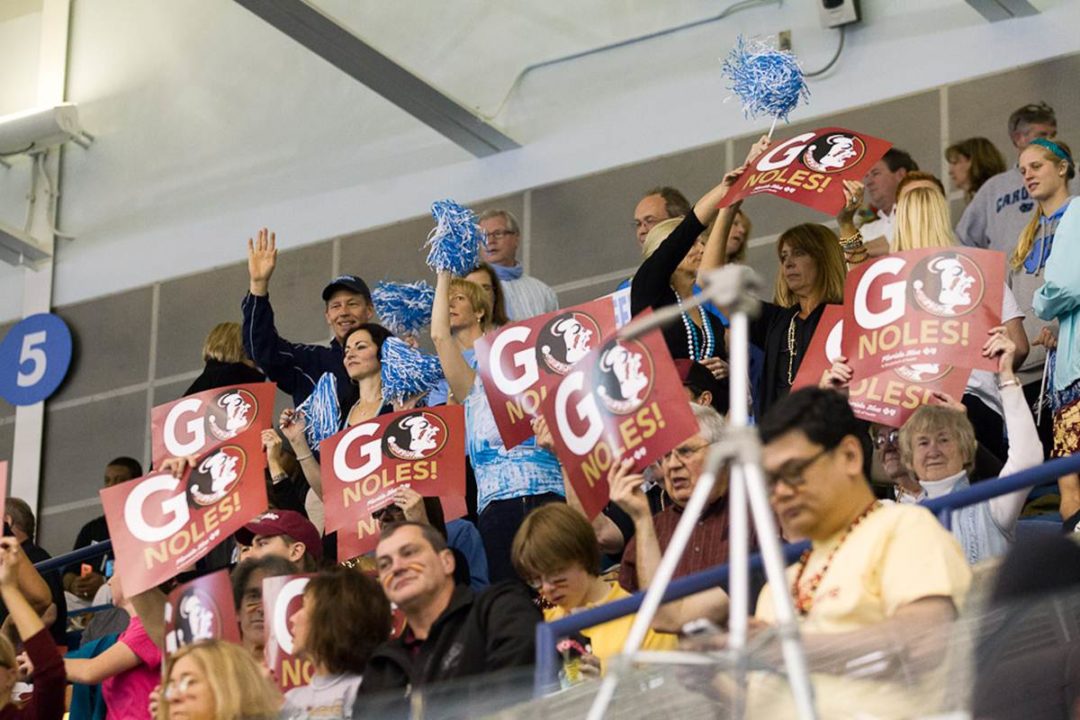 Coleman Weibley will finish his tenure with the Florida State Seminoles on Friday, as he has accepted a job with... Stock photo via Tim Binning/TheSwimPictures.com

Coleman Weibley will finish his tenure with the Florida State Seminoles on Friday, as he has accepted a job with Mercersburg Academy in southern Pennsylvania.

Weibley spent the entire 2012-2013 season, and the first part of this season, as the Director of Swimming and Diving Operations at Florida State and as the head coach of Club Seminole.

Prior to that, he spent two seasons as the Director of Swimming and Diving Operations for the Tennessee men’s and women’s programs, a job he left just after the merger to make that a combined coed program.

Coleman told us on Sunday that he was excited about the new opportunity, noting that it takes him closer to his hometown of Carlisle, Pennsylvania, where his family still lives.