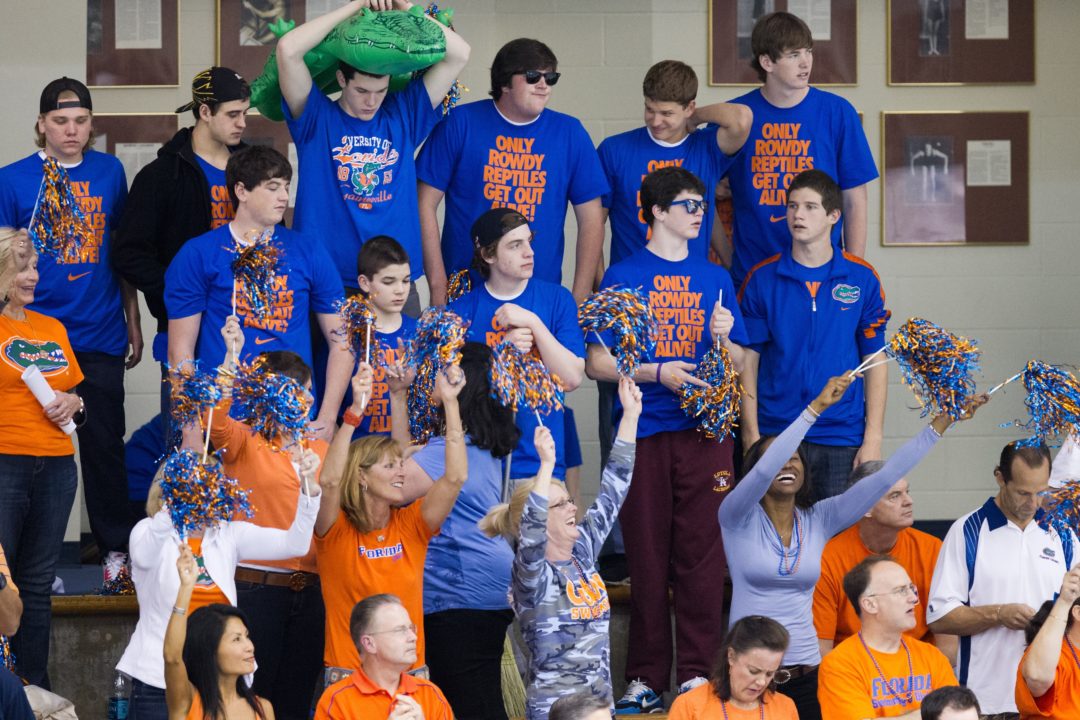 GAINESVILLE, Fla. — The University of Florida’s men’s swimming and diving program inked a pair student-athletes to National Letters of Intent to swim or dive for the Gators, head coach Gregg Troy announced Thursday.

“Both Christoph and Grady are outstanding young freestyle talents, as they each have very, very bright futures,” head coach Gregg Troy said. “In addition, both of them are outstanding students and excellent young men of character. They will be tremendous assets to the program.”

“We are thrilled about the quality and depth of this class,” Troy continued. “We covered a lot of our needs with these student-athletes. This is an outstanding class of men that are not only extremely talented in the pool, but are great students as well.”

Christoph Margotti (Austria) (LCM: 50 free – 23.99, 100 free – 52.36)
Margotti is one of the best young swimmers in his native country of Austria and has achieved many great times and accolades in his young career. Margotti was one of 18 swimmers selected by the Austrian Swimming Federation to represent Austria at the 2014 European Junior Championships. At that meet, he was a member of its 4×100 freestyle relay team that were finalists. Also in 2014, Margotti finished runner-up at the Austrian Short Course National Meet in the 100-meter backstroke. Just one year earlier at the Euro Championships, Margotti was a national champion as a member of both the 4×100 medley and freestyle relay squads. During his youth, he was a several time National Age Group champion and record holder.

Margotti on Florida:
“I chose the University of Florida because of its outstanding swim program as well as the great education I will be able to receive.”

Grady Heath (Green Cove Springs, Fla.)
According to CollegeSwimming.com, Heath is the No. 19-ranked recruit in the state of Florida. Heath, a swimmer with Clay High School and The Bolles School Sharks, is a FHSAA State Meet qualifier the past three years (2012, 2013, 2014) and was a member of the Clay’s 2013 All-American 200-yard and 400-yard freestyle relay teams along with current Gator Caeleb Dressel. On the national level, he competed for the 2014 Junior National Championship Squad with Bolles and was a key participant on its first place 400-yard freestyle relay team. Heath follows his father, Mike (1983-86), and his mother, Sherri (1984-87), who each swam for UF in the 1980’s. Mike is a University of Florida Hall of Famer.

Heath on Florida:
“The opportunity to represent the University of Florida was one that I could not let pass! I’m beyond excited to follow my parent’s footsteps and not only continue to grow as a student-athlete, but as a person during my time at UF. The coaching staff, team, and atmosphere are the best to be found in the world.”

For the complete release on all of UF’s other signees, click here.