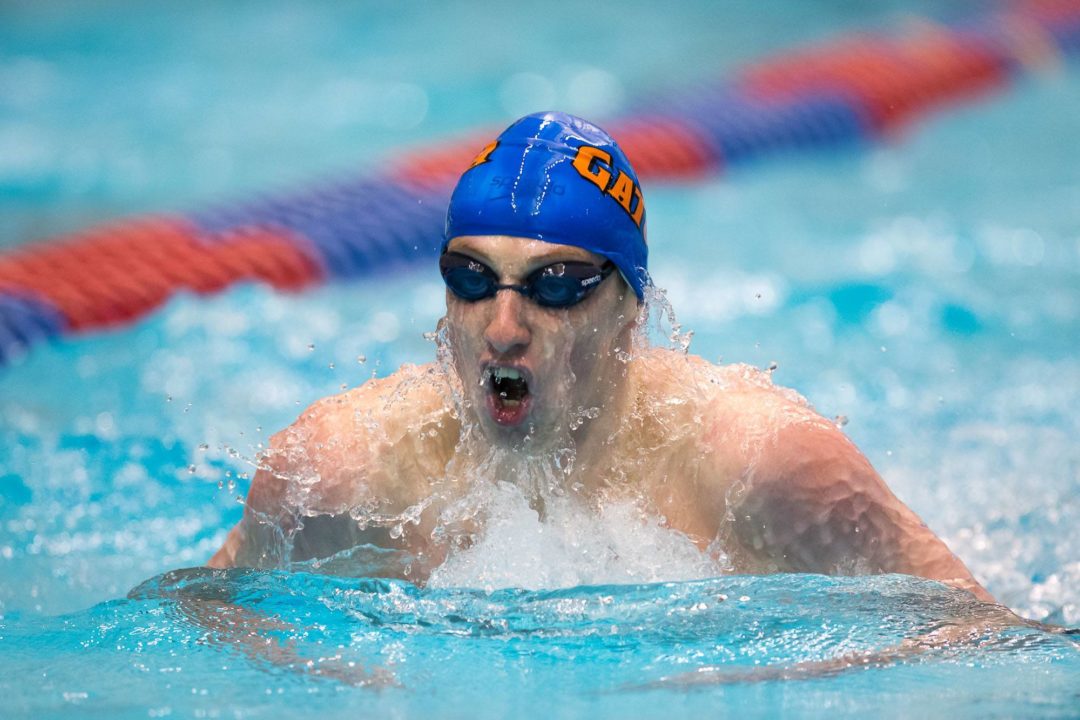 Florida All-American Dan Wallace has been suspended indefinitely for a "violation of team rules." Archive photo via Tim Binning/TheSwimPictures.com

Florida All-American Dan Wallace has been suspended indefinitely for a violation of team rules.

“We are disappointed in some of the choices Dan Wallace made,” head coach Gregg Troy said of his star. “Because of his actions he will be suspended from team activities indefinitely. Any decisions regarding a change to his status will be addressed internally.”

Wallace was also named to the 2014 Commonwealth Games squad representing his home country of Scotland. Scotland has not responded to a request for comment as to if his status is affected for that meet.

Wallace himself has also not responded to a direct request for comment.

Anybody know what happened?