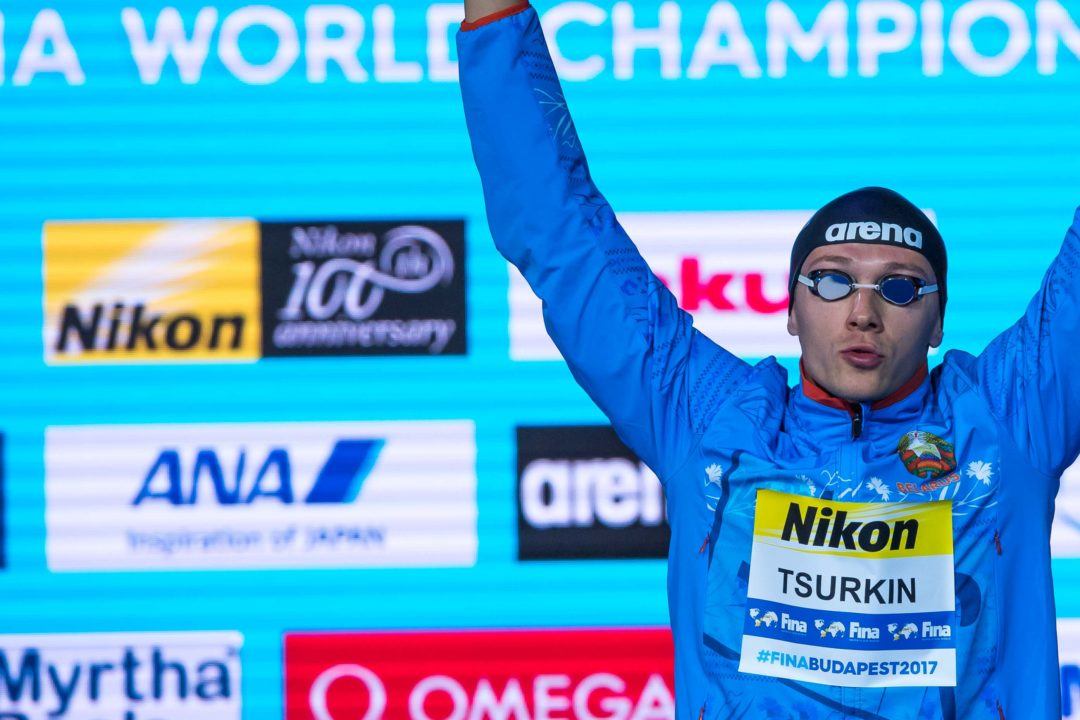 30-year-old Yauhen Tsurkin set a new Belarusian Record in the men's 50 free in a time of 21.46. Archive photo via Mike Lewis/Ola Vista Photography

Ottesen Back In The Pool For Danish Open

Jeanette Ottesen, Signe Bro, Rasmus Nickelsen and more are competing this week in their native Denmark in pursuit of Olympic-qualifying marks.

Five swimmers reset national records on day two of the 2020 Belarusian Short Course Championships, along with several other performances that neared the country’s all-time fastest mark.

Highlighting the action was 26-year-old Ilya Shymanovich, who followed up his national record in the men’s 200 breaststroke on day one by registering the third-fastest 50 breast swim of all-time on day two, hitting a 25.39 in the prelims. Shymanovich would follow up by winning the event in 25.41.

At the end of the finals session, Shkurdai came dangerously close to a third record on the day, leading off Brest Region’s 200 free relay in a scintillating time of 23.69. That swim falls just .05 shy of Aliaksandra Herasimenia‘s national record of 23.64, set in 2012, and also destroys Shkurdai’s previous best time of 24.13, done just last month during the ISL season.

Joining Shymanovich and Shkurdai with a national record in the prelims was Alina Zmushka, who was coming off of breaking the 200 breast record twice on day one. The 23-year-old hit a time of 29.65 to erase her 29.69 from the 2019 SC Euros in Glasgow. She would go on to comfortably win the final in 30.05.