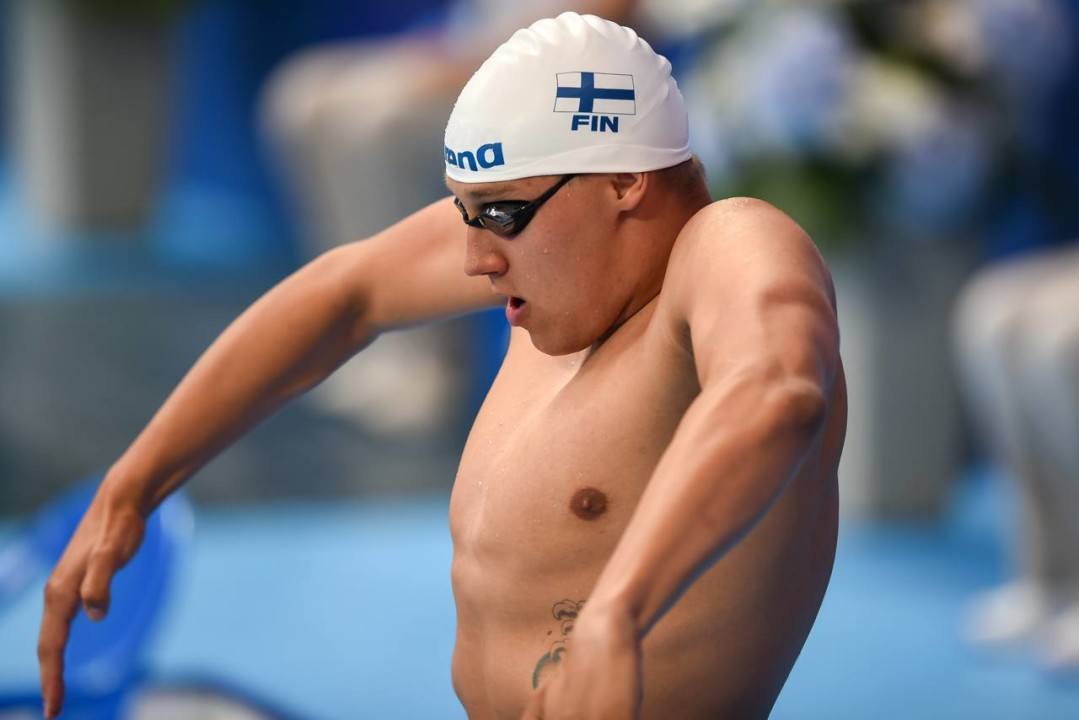 A Finnish federation with some momentum will send a roster of 18 to the 2016 European Aquatics Championships, due over... Archive photo via Peter Sukenik/www.petersukenik.com

A Finnish federation with some momentum will send a roster of 18 to the 2016 European Aquatics Championships, due over the coming three weeks in London.

At that meet, the country’s behemoth sprinter, the 6’10” Ari-Pekka Liukkonen, will look to defend his bronze medal in the 50 free won at the 2014 edition of this meet. His time there of 21.93 remains his personal best a year-plus later, though he got under 22 seconds for the second time of his career in March of 2015 and has already approached that barrier again with a 22.04 at the Finnish Grand Prix a week ago.

The meet will also mark a tuneup opportunity for Matti Mattsson, the 2013 World Championship bronze medalist in the 200 breaststroke. The 23-year old Mattsson has been plagued by injury since, and while he did recover somewhat for last year’s World Championships, a semi-final falter left him out of the championship heat in Kazan.

This year has been a slow-starting one early for Mattsson. He hasn’t been better than 2:16 in his primary event in 2016.

While the men carry some of the biggest names, including the two above-mentioned and American-based Matias Koski, the roster is numerically heavily-slanted toward the women’s roster that has 14 participants as compared to just 4 men.

This is the balance to several male-dominated rosters announced recently, including Romania’s squad for Europeans and South Africa’s squad for the Olympics that are both 100% male.

Breaststroker Jenna Laukkanen leads the women’s roster. She was the county’s only woman to advance out of a prelim at last year’s World Championships, and she managed to do so in all three breaststroke distances (though it didn’t result in any finals swims).

Also on the roster is Tanja Kylliäinen, who is rolling through her first complete season as a professional swimmer after completing her NCAA eligibility at the University of Louisville in the United States. She was invited to the roster via the country’s A-standard.

The swimming portion of the 2016 European Aquatics Championships will run from May 16th through 22nd.

Well noticed that Finland sends only four male swimmers, in contrary to 14 female ones. If you have a look at the Finnish selection criteria in http://www.uimaliitto.fi/site/assets/files/1104/2016_em.pdf, on page 2, you can find out the reason. E.g., in order to qualify in men´s 50 m back, you have to swim 25,44, in breast 27,82, and in fly 23,76. This is not just unfair, it is stupidity on behalf of Finnish Swimming.