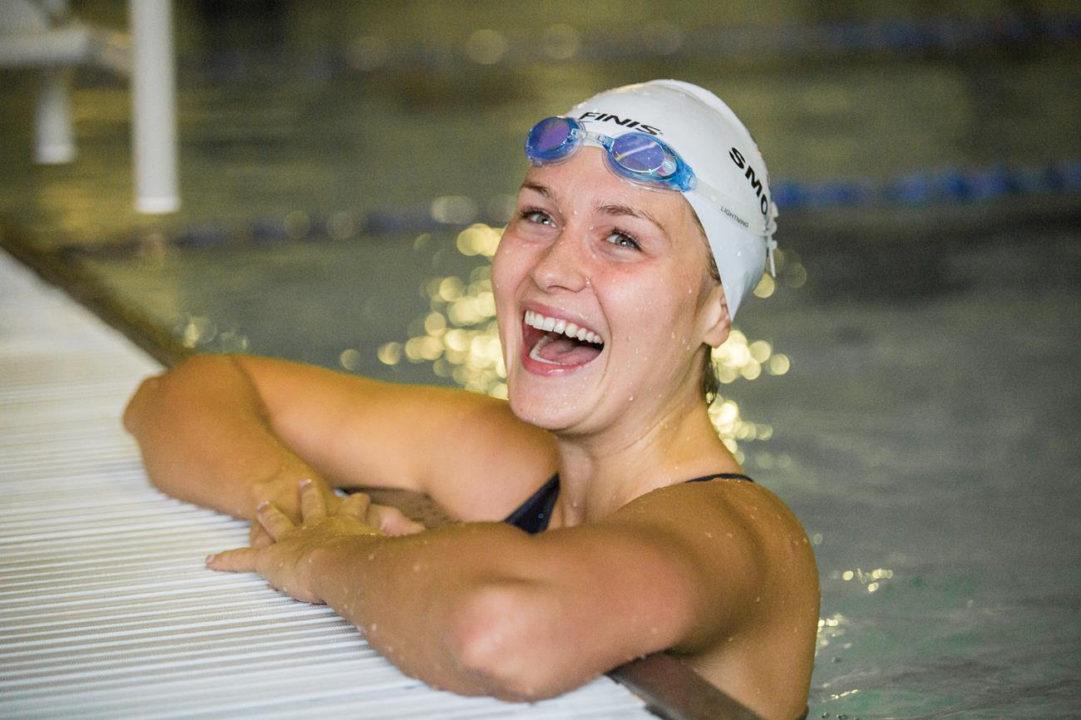 FINIS, Inc., the worldwide leader in technical swimming innovation, is announcing the signing of 2016 Olympic Gold Medalist and World Champion Olivia Smoliga.  The Illinois native signed a long-term deal with the leading swim brand that extends through the 2020 Olympic Games.

“I am very excited to finally be joining team FINIS! They understand swimmers’ needs above all else- it isn’t ‘just business.’ They strive to make their athletes happy and a happy athlete is a successful one,” says Smoliga glowing with excitement. 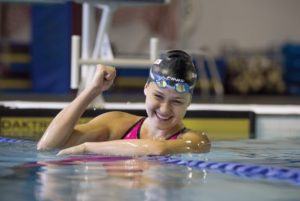 Smoliga has been working with the brand over the past few months in development of their new technical racing swimwear, alongside other FINIS professional athletes, such as Olympic champion Anthony Ervin and recently signed World Champion James Guy.

“I remember watching Olivia swim at the 2016 Olympic Trials when she was still in college,” recalls Sports Marketing Manager CJ Fiala, “And although she was already a bona-fide superstar, I think she has barely scratched the surface of her potential.  She was the person we wanted for our team unquestionably and I couldn’t be happier that she is joining us.”

“Olivia is going to be one of the faces of our brand moving towards the 2020 Olympic Games in Tokyo,” says CEO and Cofounder John Mix, “She has been working diligently behind the scenes with us to develop the best technical race wear on the market and we believe she is going to be a key player in the future development of our products and our company.” 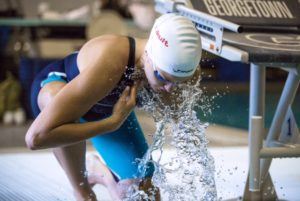 At the 2016 Rio Olympic Games, Smoliga came home with a championship final appearance in the 100-meter backstroke and won a gold medal as a member of the 4×100-meter medley relay.  The Rio Games were her first Olympic Games.

“Smoliga is one of the brightest female names in swimming right now after putting the world on notice at the FINA World Championships in Budapest, Hungary,” said Fiala.

Smoliga walked away from Budapest with two gold medals as a member of the 4×100-meter freestyle relay and 4×100-meter medley relay.  But the highlight of the meet came in her signature event, the 100-meter backstroke where she placed fourth in a time of 58.77.  Although just off the podium, it makes her one of the fastest performers ever in the event and marks her highest individual finish at a major international competition.

“The future at FINIS is bright, I’m very confident of that, “says Mix, “And with Olivia on our team our future becomes significantly brighter.  I couldn’t be more proud to have an incredible woman and athlete on our team.” 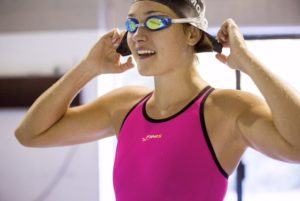 She’s photogenic, so that’s good for the FINIS brand with regarding to advertising.

She looks happy and excited in that photo. Congratulation to Olivia on her contract.

She is bacon and eggs

Great Add !! Fantastic for her . She is a raw talent that needs that kind of sponsor tu support her future progressions .

FINIS is assembling quite the team. Ervin, Guy, Smoliga–wow! FINIS is looking good! Can’t wait to see their upcoming suit.