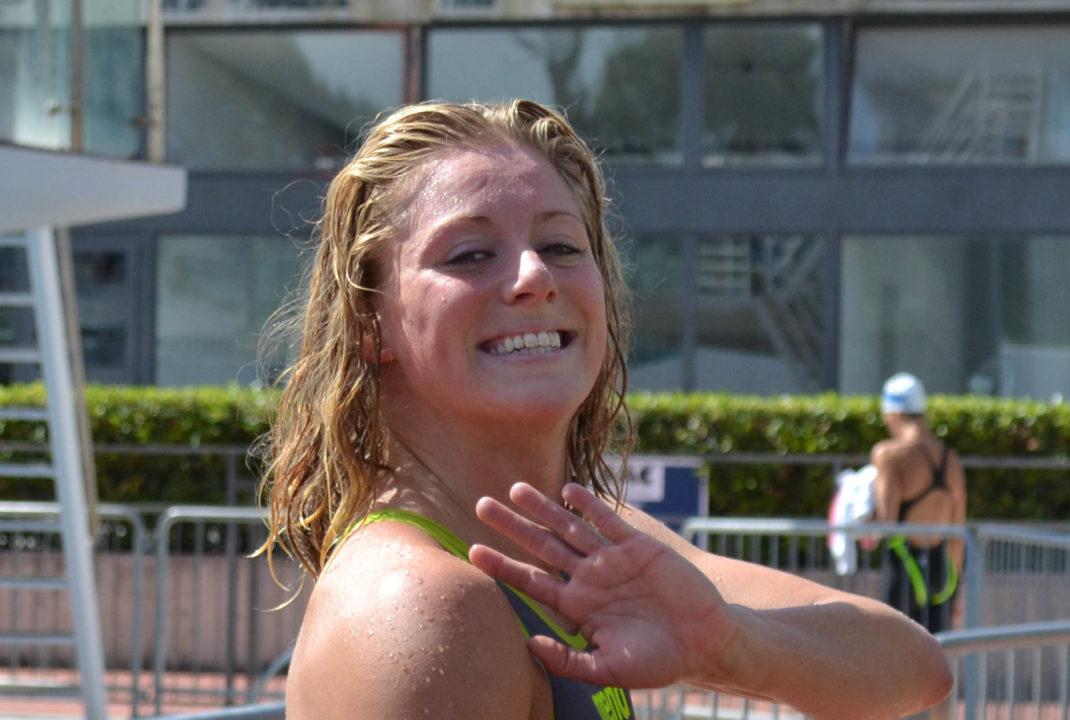 After leading the field with a morning heats swim of 27.93 to put up the only sub-28 second outing of the competition, Toussaint slashed another .25 off of that mark to stop the clock at a monster 27.68 tonight.

That, once again, represented the only sub-28 second time of the field and also checks-in as a new lifetime best for the former Tennessee Vol. Toussaint’s previous PB was represented by the 27.78 she notched in the semi-final of this year’s World Championships. There in Gwangju she ultimately finished 8th in the final with a mark of 27.85.

Toussaint’s 27.68 time tonight, however, overtakes a supersuited record left over from the 2009 World Championships. The previous Dutch standard stood at 27.77 from Hinkelien Schreuder‘s performance 10 years ago.

The record is extra redemption for Toussaint who had a tumultuous year battling a false positive test for which FINA official withdrew its case.

Then why to participate in this tournament? Or it is the part of heavy training? How much has she earned? $100?

She said that she had the longest summer break in years, and started working relatively late, so now did not rest for this meet at all. But, I agree ten seconds off of her best is not a positive thing. On the other hand, Milak’s 51:27 around 30 minutes after 400 free is more than promising.

Why shouldn’t she participate at a race in her hometown, she’s just started training after a longer vacation. You seem to hate hungarian swimmers, your remarks are always negative concerning them. Let’s wait until next summer, I1m sure that Ajna will be on the top again!